Two Americans have been taken prisoner by Russian forces on the outskirts of Kharkiv in Ukraine, reports say. 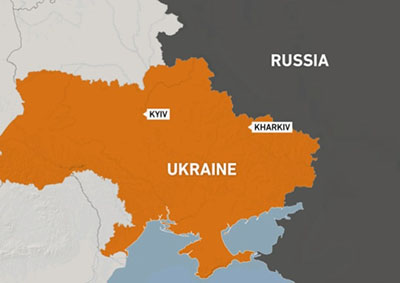 Robert Drueke, 39, and Andy Huynh, 27, both from Alabama, are the first Americans to be taken prisoner by Russia since the Ukraine conflict began, The Daily Telegraph reported.

Both Americans formerly served in the U.S. military.

Drueke, an Army veteran, served in Iraq but had struggled to find work or reintegrate into society after returning from war, his mother told the Telegraph.

Huynh served in the Marines for four years, including on a base in Okinawa, Japan, for two years, but has never been in active combat before.

Drueke and Huynh were part of a ten-man squad defending Kharkiv when they were ambushed by Russian soldiers, according to a squad member who spoke to the Telegraph.

“We were out on a mission and the whole thing went absolutely crazy, with bad intel. We were told the town was clear when it turned out the Russians were already assaulting it. They came down the road with two T72 tanks and multiple BMP3s (armored fighting vehicles) and about 100 infantry. The only thing that was there was our ten man squad,” the unnamed fighter said.

Drueke and Huynh disabled a Russian tank with a grenade but were lost in the fog of return fire. By the time it cleared, they had vanished, the fighter said.

The U.S. State Department said on Tuesday it was “aware” of reports of their capture but a spokesman declined to comment, citing privacy concerns.