Romulus Report: Watching for a life changing opportunity — the end of the bear market

Don’t sacrifice the big for the small. Don’t miss the opportunity to capitalize on a massive life-changing event, like the end of a major bear market.

My main mentor, Paul Desmond, used to repeat a few phrases to remind me of how powerful markets can be. One of these was, “nothing bounces like a small stock in the first months of a new bull.” 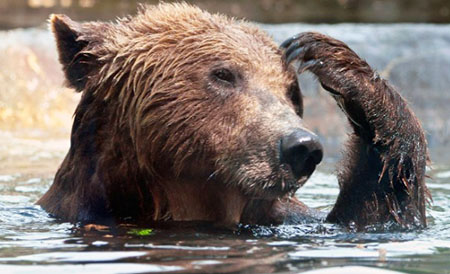 By the spring of 2003 I had a feeling that the dot-com crash was probably over and that some type of sustainable stock market rally was kicking in. However, I didn’t believe there was any need to alter my trading behavior, as my strategy brought in small profits throughout the entire crash.

In addition, I didn’t recognize the complete and utter power of one of the most important words in investing language: correlation. I went about my business of trading, just more on the long side than the short.

In April of that year, I saw Apple trading at 21 cents a share and I read that the company had no debt with 19 cents a share in cash in the bank. Back then Apple was far from being the largest firm on earth and years away from dominating the cell phone industry, but it was still Apple. And Steve Jobs was running the show. And I could have bought as much as I wanted for an essential risk of 2 cents a share.

I didn’t do it. There were two little people in my house that commanded most of my resources and attention and I was caught up in the work of everyday living. There was a nice house, decent cars and enough for everyone to enjoy a comfortable life. There were no life-changing decisions, however. Buying Apple would have been one of those decisions.

In early 2009, I was a little more aware of how I could take advantage of correlation. I bought a condo in the Caribbean, one that sold in 2006 for $515,000 and I paid $270,000 in March of ‘09. I expanded my business and saw some big improvements in my personal economic life, but nothing compared to what I should have done or experienced. The big picture was still fuzzy, and I didn’t have the right mindset.

Ultimately, I went long by June of 2009 (a few months after the bottom, but still a strong entry). In late March of 2020, I made another heavy strike.

There are no massive, life-changing trades that are setting up at this exact moment, but we are going to get there in two years or less.

The portfolios I trade with members of the Romulus legion have posted phenomenal returns this year. That is nothing compared to what will happen during the first six months of the new bull market.

My 28 years of market observation and participation have shown me that I still didn’t properly appreciate the power of correlation until earlier this year. Almost everything moves together, in synch with the S&P 500. The challenge is that the “synch” part is a moving target and tough to nail down. To keep things simple, it is enough to know that eventually everything lines up.

The new part for me is how correlated everything in life is to the general direction of the S&P 500. Interest rates, currencies, stock prices, poverty levels, crime rates, fashion and pop-culture. Everything.

In bear markets, it is more difficult to make life-changing trades due to the higher volatility levels. The guys from “The Big Short” did it, but I ask myself if I could have suffered through almost two years of big losses in order to get the huge win. That is how bear markets operate. Moreover, a new bull market can begin quickly and crush any gains made on the short side.

When 99% of everyone you know is lost in the economic woods. Be the 1% that patiently waits for that life changing opportunity.

Romulus Report: Watching for a life changing opportunity — the end of the bear market, WorldTribune.com