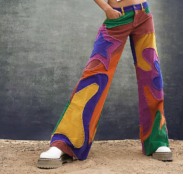 It was the time of bell-bottom jeans, long gas lines and bad acid trips.

Vietnam was ending poorly as an endless stream of brave soldiers returned only to be ridiculed and marginalized. Richard Nixon resigned in August of 1974, but the seeds of his early departure were sown during his disastrous price control experiments. In a dark time for America, 1973 was a particularly gloomy year.

The professional money management crowd didn’t see it that way, however. The stock market hit a wall in February 1966 that it wouldn’t permanently scale until August 1982. At the beginning of 1973 investors obviously didn’t know they were still years away from a real bull market, and they carried on like the good times were back again. Stocks hit a nice bottom in May 1970, then proceeded to jump 80% through January 1973.

Grow Wealth, Not Risk. Trade alongside a 27-year market veteran

Another benefit for us is that due to the unyielding nature of human nature, our edge should remain forever.

As that cyclical bull market unfolded, the institutional folks got caught up in an investing trend that they were convinced would keep them rolling forever. They thought they had the key to the market, and they were thrilled with their discovery.

One of the most important Wall Street adages to remember is that anytime a crowd believes they have the key, the market changes its lock.

There was an investing method that “went viral” called The Nifty 50. The strategy involved investing only in the 50 largest companies in America. Forget other capitalization sizes or foreign stocks. Just buy IBM, GM, Xerox, GE and a few dozen other big names. It was a set it and forget it system.

The losses came quietly, at first.

By July the S&P 500 was down 18%, but a 13% rebound over the next three months took the sting out of the wound. The final days of October would have been a great time to sell, though. Stocks got crushed over the next 11 months, with the S&P falling 46% from the previous October, and 50% from the all-time high.

Losses of this magnitude are far more serious than they seem on paper. Millions and millions of people around the world lost their jobs. Advancements in culture and society were severely disrupted. The financial services industry was rocked to its core. I know great analysts who started driving cabs part-time so they could wait out the bear market. Most of the lesser talent just quit.

The trading action I witnessed on Friday, Oct. 28 shows me what it must have been like at the beginning of 1973, especially for my analyst friends who became part-time cab drivers. Using the same methods and tools that I used to get investors out of the markets on Jan. 13, my friends saw the coming disaster.

The investing world was much different back then, though. There weren’t as many tools to bet against the market, and the institutions had to remain long, a mix of stocks and bonds, no matter what.

Returning to the modern world, Apple released earnings last week, and the trading world went nuts. AAPL is the only big technology stock that went up after earnings. Microsoft, Amazon and Google got throttled. Tesla fell hard. The entire tech sector has been under fire for over eleven months.

I keep wondering how much more pain the idiot bulls want to endure, but then I remind myself that old habits die hard. AAPL has been a favorite all year, even through this mini tech debacle. Retail and institutions are in love with this stock. It is the only big tech stock that didn’t break below the mid-June lows in the last month. Therefore, it has the appearance of strength. A lot of people believe they have the key, and it is in the shape of the forbidden fruit.

I am a technician, which means I analyze and trade the markets based on what I see in the charts. I also know what moves the market over the long term, though, and it isn’t what investors see in the charts. Long-term changes in stock prices are determined by the earnings potential of the companies, as estimated by institutional investors. They are often slow with these determinations (which gives us plenty of time to profit), but there is some truth in the grand sweep of time.

These big money players admit that it is better to be slow than wrong, but there are times when they are wrong, very, very wrong. Early 1973 was a perfect example. Blindly buying and holding Apple today is another. Over the last two years, AAPL has only grown by 7% a year. This is a massive slowdown from its usual 20% rate over the previous decade. But the stock is trading at a 25 multiple, making it expensive compared to its growth rate. This is now like buying a Ford Taurus and paying a Mercedes CE price for it.

AAPL was a crowded trade. It is the most popular stock in the world. Investors fully believe it is a cannot go wrong stock. I’ve made some trading mistakes in my day but avoiding the crowded trade has never been one of them. AAPL is not a train wreck waiting to happen. It will be more like a slow bleed. A bleed that may take years, but blood nonetheless. The stock was already back to its pre-earnings in only a week, flirting with that price again on Monday.

The 1970’s were not the complete disaster, they might seem to have been, at least not for those who were prepared and ready. George Steinbrenner bought the New York Yankees in 1973 for $10 million. Warren Buffet is still living off the fame he acquired during his legendary stock purchases in 1974. He lost almost 50% that year, but he was up 130% in 1976 and 46% the in 1977. He still has the Coca-Cola stock he loaded up on at the 1974 bear market low.

There will be some styles and trends from the 70’s that will show up again at some point within the next two years. It might be those awful jeans or that terrible disco music. Crime rate stats are already showing similarities, with New York City seeing huge jumps in violent situations. My experience tells me to stay away from the music and clothes and avoid the trading trend of the day (AAPL).

Instead, pay attention to the lessons we can learn from Steinbrenner and Buffet.

Get prepared, because opportunities of a lifetime are on the way.