GoFundMe drew the line at raising money for freedom-loving truckers. Other controversial causes are not a problem.

Children in the United Kingdom can solicit public donations on crowdfunding websites to pay for puberty-blockers and sex-change treatment, including life-changing surgery, a report said. 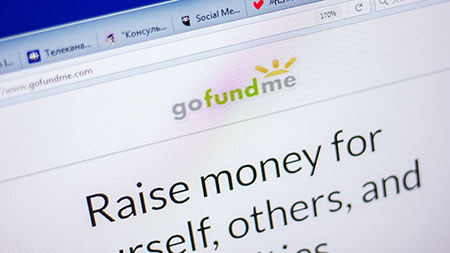 GenderGP, a private medical clinic which says it helps individuals who believe themselves to have been born “in the wrong body,” said that the UK’s most popular crowdfunding site, GoFundMe, is “happy” to act as a platform on which children can seek such donations, the Daily Mail reported.

Children are using crowdfunding sites to get the funds for puberty-blockers and operations by private surgeons who remove the kids’ breasts or construct them, remodel their genitalia to simulate a penis or vagina, and remove internal female or male anatomy — including the womb — to match their preferred sex, the report said.

“They are side-stepping the NHS (National Health Service),” said Stephanie Davies-Arai, the founder of TransgenderTrend, which calls for better, safer healthcare for children and teenagers struggling with gender issues. “The Internet is full of videos and photos of them after surgery, which portray these operations as cool and the new normal.”

Davies-Arai added: “What is happening is dangerous for a whole generation because no one knows the consequences. Crowdfunding has meant that vulnerable young people can go to private doctors in the UK and abroad, who take their money for drugs and surgery with fewer questions asked.”

There are hundreds of videos and posts online from British teenagers and twenty-somethings under the subject “crowdfund trans-surgery.”

Many young people are also turning to private medical clinics such as GenderGP, the Daily Mail report noted.

Helen Webberley, the founder of GenderGP, has been accused by the watchdog Medical Practitioners’ Tribunal Service of failing to provide good care to three children, aged 11, 12 and 17, who were transitioning from female to male.

Webberley has been barred from practicing medicine in the UK and was fined £12,000 after a 2018 court case when a judge ruled that she had risked patient safety by giving hormones to 12-year-olds from her Welsh clinic. Webberley now runs GenderGP from Spain, “treating British patients thanks to a legal loophole that allows drugs prescribed in the EU to be dispensed in the UK, skipping — of course — NHS safeguards,” the Daily Mail reported.

An entire industry aimed at providing transgender accessories to children has sprung up to meet — and drive — the demand for gender-bending supplies. Children hooked on the idea of changing genders through peer contagion or Internet trans celebrities can order “breast-binders,” which flatten the chest, or “packers,” which girls use to “present” as having a penis, online without their parents’ knowledge. Internet influencers coach kids on how to lie to their parents or get doctors to prescribe them hormones; one new app could connect gender-confused kids to hormone treatment for less than $100 a month.