As the mayhem at the U.S. southern border continues to roil, a new report states there has been a staggering 542 percent increase in the number of illegal aliens captured this fiscal year who have sex-related criminal convictions. How many more entered undetected? 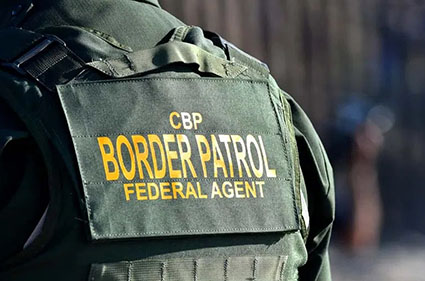 “Border Patrol has detected more than 250,000 illegal aliens who have evaded capture so far this year, according to the newly-appointed Acting Border Patrol Chief Raul Ortiz on June 24,” the news site details. “It’s impossible to estimate how many have evaded Border Patrol without detection.”

What are beleaguered local Americans with small children to make of all this?

“There isn’t a day that goes by that I don’t read a paper or a report from my agents that talks about criminal aliens, sexual offenders that they’ve apprehended out there,” Ortiz said at an event in Del Rio, Texas, The Epoch Times stated.

“We’ve gone through this before — we’ve seen these increases, these surges, for the last 30 or 40 years. It’s never been this bad. I’ll tell you that straight up, I’ve never seen it this bad.”

A June 21 report by KVEO-TV in Brownsville, Texas shows how routine the dire problem of dealing with sexual criminals has become along the Mexican border:

Friday afternoon, Rio Grande City Police Department requested assistance from Rio Grande City Border Patrol station agents after discovering 43 migrants inside a residence. Records revealed a man who had been previously arrested for criminal sexual conduct with a minor, a 2nd-degree felony. He was sentenced to eight years of incarceration.

On Saturday evening, [Rio Grande Valley Border Patrol agents] arrested four migrants at a vehicle bailout near Falfurrias. Records revealed that Pedro Bolom-Chiac has been previously arrested for battery of a spouse. Bolom-Chiac was convicted to 30 days confinement and three years’ probation.

Bolom-Chiac was arrested for sexual battery/touch for sexual arousal and convicted to six months’ probation a year later. During that same incident, he was also convicted of lewd or lascivious acts with a child under 14 and convicted for three years confinement.

On Monday, Rio Grande City agents arrested six migrants in Rio Grande City. Records revealed that a man within the group had been previously arrested for sexual intercourse-carnal knowledge of a child 13-14 years of age, without force. Kevin Cruz-Claros was convicted to five years of incarceration and removed from the United States.

Del Rio sector chief Skero “suggested for residents to not engage with illegal aliens who are on their property and to call Border Patrol,” The Epoch Times reported. “We’re going to come just as soon as we can. Sometimes it will be immediate, sometimes it might take us an hour.”

“But, he said, if an illegal immigrant is endangering a resident’s family, or is being assaultive, call 911.”