Report: FISA court has investigated and notified DOJ of findings

The Foreign Intelligence Surveillance Court (FISA) has communicated to the Department of Justice its findings on abuse of the FISA system, according to attorney Joe diGenova, who was one of the original lawyers on the FISA court.

There will be grand juries and indictments, according to diGenova, who added, “John Brennan isn’t going to need one lawyer — he’s going to need five.” 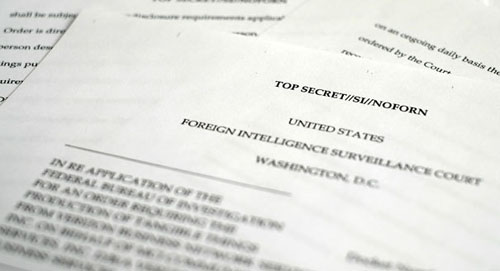 “Their chief judge has already determined that for more than four years before the election of Donald Trump, there was an illegal spying operation (yes, spying — and, yes, illegal) going on by four FBI contractors to break the law to steal personal electronic information about American citizens and to use it against the Republican Party,” former Arkansas Gov. Mike Huckabee wrote on his website on April 25.

The people heading up the Justice Department at that time — including Sally Yates and John Carlin — “apparently knew about it and lied to the FISA court. It seems that by the time they withheld the political origins of Christopher Steele’s Trump ‘dossier’ to the court, it was already business as usual to deceive those judges, who no doubt have steam coming out of their ears,” Huckabee wrote.

“So, if the Obama FBI was conducting these kinds of abuses all that time, we’ve got a serious violation of civil liberties on our hands,” he added. “This revelation brings home what Jared Kushner was saying the other day about the investigation into Trump causing more damage than the Russians did.”

Rudy Giuliani, personal attorney for President Donald Trump, said “I think the investigation is going to end up being very, very intense. I agree that Attorney General Barr is exactly the right guy to do it. He’s got a great sense of justice … What they did with this court is an outrage, and it’s got to be corrected because we all can be invaded like this.”

Giuliani stressed that the FISA applications have to be taken seriously, as they can’t be contested by the other side. “You just don’t sign those things cavalierly,” he said. The information in them must be verified. But he said it’s obvious in just the first couple of pages that the Steele “dossier” is “just a pile of garbage” and that then-FBI Director James Comey could have easily checked to see if there was truth to its major claims, such as that Michael Cohen went to Prague. Comey didn’t even bother to call the passport office.

Because the “dossier” suited their purposes, they obviously didn’t care whether it was true or not. “We call that being ‘grossly negligent,’ ” Giuliani said. “You could not have read that as a trained professional and not become extremely suspicious. It reads like a lurid, silly novel.”

Huckabee noted that diGenova has said that in addition to Inspector General Michael Horowitz’s report, which is expected out in May or early June, “there’s another big one scheduled to drop in two weeks: the one on Comey.”