Pennsylvania’s Commonwealth Court last week ruled that the state’s constitution does not provide for “no excuse” mail-in balloting. 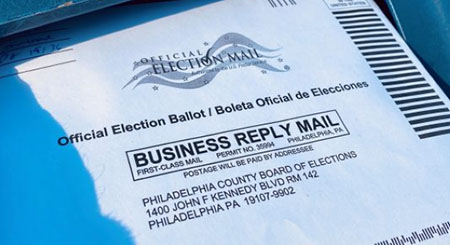 “Most of these ballots were illegitimate. This means President Trump won Pennsylvania by over 1 million legitimate votes,” The Gateway Pundit’s Joe Hoft noted on Jan. 30.

According to Pennsylvania’s election returns website, on election day Trump won nearly two-thirds of all in-person votes cast in the state.

But state election officials “allowed votes to come in for three more days after the election,” Hoft noted. “Of course, these were all mail-in ballots. We do not know how many mail-in votes came in during these three days. The Republicans were not allowed to observe the counting of these votes even though a court order was in place demanding that the state do so.”

Hoft added: “These actions go against Pennsylvania’s constitution which states that the voting process is to be determined by the legislature. The change in ruling was implemented by the executive and judicial branches.”

Hoft said it was statistically impossible that Trump won only one fifth of the mail-in ballots after crushing Biden in in-person voting on Election Day:

“These numbers are so consistent that they are almost certainly fraudulent. This never happens in natural data sets.”