A $1 billion “slush fund” set up by companies which were sued by the Department of Justice (DOJ) went to nonprofits allied with the Obama administration, a government watchdog group said.

DOJ records obtained in a lawsuit by Judicial Watch reveal the Obama administration’s policy of settling government lawsuits against corporate defendants by requiring the corporations to make “donations” to leftist interest groups. 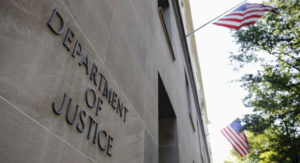 “As part of settlements, the DOJ would often give the corporations – mainly big banks – double credit if they gave money to leftwing interest groups handpicked by the administration instead of paying the government,” Judicial Watch noted in its Corruption Chronicles feature.

“The new records demonstrate a collaborative effort among high-level officials in the Office of the Assistant Attorney General and the Office of Legal Counsel to ensure conservative groups did not receive any settlement cash.”

While nonprofits aligned with Obama’s agenda such as the National Council of La Raza, Urban League and National Community Reinvestment Coalition were slush fund recipients, the records show conservative nonprofits “were not only banned from receiving money, but also singled out,” Judicial Watch said.

Trump administration Attorney General Jeff Sessions said the DOJ will no longer engage in the practice.

“Effective immediately, Department attorneys may not enter into any agreement on behalf of the United States in settlement of federal claims or charges, including agreements settling civil litigation, accepting plea agreements, or deferring or declining prosecution in a criminal matter, that directs or provides for a payment or loan to any non-governmental person or entity that is not a party to the dispute,” Sessions said.

Republican Rep. Bob Goodlatte of Virginia, chairman of the House Judiciary Committee, introduced a bill that will ban all federal agencies from funneling money to third parties that weren’t victims in government lawsuits. The measure appears to have bipartisan support and does not affect payments to provide restitution to victims that have suffered harm.

“It was obvious from the outset that mandatory donation provisions create opportunities for abuse,” Goodlatte said. “That such abuses actually occurred is now proven.”