Reading between the lines of Durham’s latest filing: Clinton campaign is under investigation

Durham has alleged that one of Steele dossier primary source Igor Danchenko’s real “sources” was Charles Dolan, Jr., an advisor to the 2016 Clinton campaign. 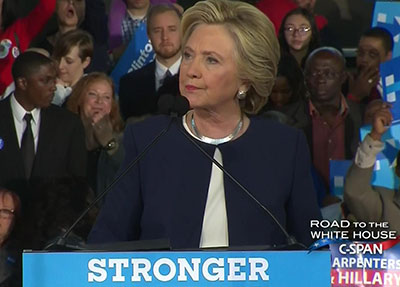 “With Dolan’s involvement, the obvious question becomes whether he was the intermediary between the Clinton campaign and Danchenko,” the Techno Fog blog reported on Dec 20.

It has been established that Clinton’s campaign paid for Christopher Steele’s bogus dossier and the work by Fusion GPS. This was arranged through their attorneys (and the DNC attorneys) at Perkins Coie — notably Mark Elias and Michael Sussmann.

Elias left the firm this summer.

Sussmann was indicted in September 2021 by Durham for giving false statements relating to the Alfa Bank/Trump hoax.

The New York Times reported in September: “Some of the questions that Mr. Durham’s team has been asking in recent months — including of witnesses it subpoenaed before a grand jury, according to people familiar with some of the sessions — suggest he has been pursuing a theory that the Clinton campaign used Perkins Coie to submit dubious information to the F.B.I. about Russia and Mr. Trump in an effort to gin up investigative activity to hurt his 2016 campaign.”

As for Danchenko, he was originally represented by Chris Schafbuch and Mark Schamel. On Dec. 6, Stuart Sears appeared on behalf of Danchenko. Schafbuch and Schamel dropped out of the case.

According to Durham’s latest filing, Stuart Sears is a partner at the law firm Schertler Onorato Mead & Sears. Notably, the firm is currently representing the 2016 “Hillary for America” presidential campaign (the “Clinton campaign”), as well as “multiple former employees of that campaign, in matters before the Special Counsel.”

In reference to a potential conflict of interest, Durham’s filing noted the following:

The United States of America, by and through its attorney, Special Counsel John H.Durham, respectfully moves this Honorable Court to inquire into a potential conflict of interest involving attorneys Danny Onorato and Stuart Sears, Esq., who represent the defendant Igor Y.Danchenko in the criminal matter before the Court. Messrs. Oronato and Sears are partners at thelaw firm Schertler Onorato Mead & Sears. In addition to their representation of the defendant, a separate lawyer at the firm is currently representing the 2016 “Hillary for America” presidential campaign (the “Clinton Campaign”), as well as multiple former employees of that campaign, in matters before the Special Counsel. As discussed more fully below, the Clinton Campaign financed the opposition research reports, colloquially known as the “Dossier,” that are central to the Indictment against the defendant. Accordingly, for the reasons set forth below, the government respectfully requests that the Court inquire into the potential conflict issues set forth herein.

Durham informed the court that Danchenko’s trial might raise the following issues:

Durham also raised the potential that members of the Clinton campaign may be called to testify at Danchenko’s trial.

“It seems like the Clinton campaign’s involvement in the dossier might be deeper than anyone knew,” Techno Fog noted.

Reading between the lines of Durham’s latest filing: Clinton campaign is under investigation added by Editor Two on December 20, 2021
View all posts by Editor Two →