Rand Paul on Davos: Danger of a one-world government

Implementing a one-world government is not a conspiracy theory. It is real and the plan is being fleshed out by many of the world’s richest and most powerful people gathered this week at the World Economic Forum in Davos, Switzerland, Kentucky Republican Sen. Rand Paul said. 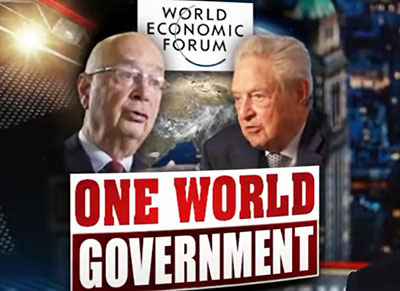 In an interview with host Jesse Waters on Fox News, Paul said the “real danger” coming out of Davos is a “world government” where you “don’t get to vote on anybody. This is everybody’s worst nightmare.”

Paul said “lack of sovereignty means lack of freedom,” adding “these are not the kind of people we want telling the rest of us what to do.”

Speaker after speaker at this week’s gathering of elites in Davos have detailed specifics of the Great Reset they plan to impose on the world:

• Pfizer CEO Albert Bourla told those in attendance about a new technology his company has developed: “It is a, basically biological chip that is in the tablet. And once we take the tablet and dissolves into the stomach, sends a signal that you took the tablet. So, imagine the applications of that – the compliance. The insurance companies know that the medicines patients should take, they take them. It is fascinating what happens in this field.”

In a May 27 op-ed for American Thinker, Eric Utter noted: “Just what the world needs, a global fascist oligarchy monitoring what we consume and where we go, with the aid of ingestible computer chips that notify authorities whether we have been naughty or nice. Where are you going? What are you eating? Have you taken your meds yet? I sure hope you are fully vaxxed and boosted. No? Why not, plebe?! Do you not do as you are told?! Well, you’ll have plenty of time to try to explain yourself at the Gulag. The Archipelago is beautiful this time of year.”