Via a huge social media presence, Donald Trump’s supporters were able to reinforce his message while offsetting the corporate media’s rabid opposition to the GOP candidate.

Trump supporters turned to Twitter, Facebook and other social media to spread their messages and counter the news in traditional outlets. 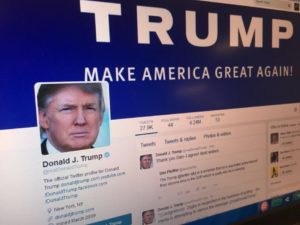 “Analysts monitoring the social media activity of both campaigns on the major social media channels saw the outcome of this election coming months ago, and kept talking about the massive silent voter base that was forming around the Republican nominee,” said Phil Ross, a social media analyst at Socialbakers.

“Social media analysts continually sounded the alarm that all of the polls were not reflecting the actual situation on the ground in the pre-election landscape,” he added.

The analytics firm 4C Insights found that Trump had more support on Facebook and Twitter from the beginning of October through Nov. 7. Positive sentiment for Trump was 58 percent to Clinton’s 48 percent, the firm said.

Brandwatch’s analysis found that Trump had more Twitter mentions throughout most of the election cycle, including on Election Day. Between the start of Nov. 8 and Nov. 9 at 1:30am EST, Trump accumulated more than 4.9 million mentions while Clinton had just over 2.7 million.

“Trump had a way of taking to Twitter and could literally change the narrative because he had such a large following,” said Alan Rosenblatt, a digital consultant and strategist at Lake Research Partners and Turner4D, who opposed Trump.

Trump’s digital storm allowed him to survive the negative coverage of the major media, said Gabriel Kahn of the University of Southern California’s Annenberg School.