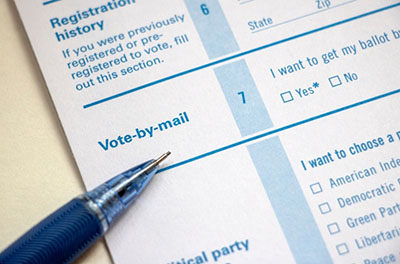 According to court documents, 14 members of the Pennsylvania House of Representatives filed a petition to block the 2019 law that allows any qualified voter to vote by mail.

The Commonwealth Court’s three Republican judges agreed with Republican challengers to the law, saying that no-excuse mail-in voting is prohibited under the state constitution and the constitution must be changed to allow it. The two Democrats on the panel dissented.

Democrat Gov. Tom Wolf’s administration immediately said it will appeal to the state Supreme Court, triggering a stay and leaving the law in place while the high court considers the case.

The state Supreme Court has a 5-2 Democrat majority.

The law, established under Act 77, allows voters to submit a ballot by mail up to 50 days before an election and placed voters on a list to permanently receive a ballot application by mail. It also established 15 more days to register to vote and extended mail-in and absentee submission deadlines.

Out of 6.9 million votes cast in the 2020 presidential election in Pennsylvania, about 2.5 million people reportedly voted under the law which the court on Friday ruled unconstitutional, most of them Democrats.