The Boy Scouts, founded in 1910, filed for bankruptcy two years ago amid a shocking and growing wave of litigation over child sex abuse. More than 82,000 abuse claims have been filed against the Boy Scouts. 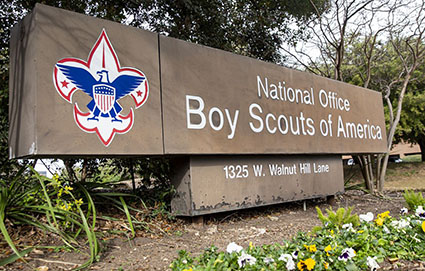 As it seeks to emerge from bankruptcy, the Boy Scouts has received key support from the official committee representing sexual abuse victims in a $2.7 billion settlement of their claims against the youth organization, according to a court filing.

The survivors’ committee representing victims in the Boy Scouts’ Chapter 11 case has agreed to drop its long-standing objections to the settlement, the court filing showed. The decision came ahead of a Feb. 22 hearing before a U.S. bankruptcy judge.

The Boy Scouts said they would establish a $2.7 billion trust to compensate men who have said they were sexually abused as children by troop leaders. The settlement is said to be the largest sexual abuse settlement in history.

The Boy Scouts, which had earlier secured separate backing from tens of thousands of abuse victims, will still need to get the approval of U.S. Bankruptcy Judge Laurie Selber Silverstein to sign off on the settlement.

In a vote tally announced in January, 73.57 percent of claimants supported the settlement plan, short of the 75 percent threshold the organization had been seeking. The Boy Scouts reportedly had been in mediation with holdouts in recent weeks, working to bring in more support.

Under the official committee’s deal, the Boy Scouts agreed to allow additional oversight by survivors of a compensation trust funded by the youth group’s own assets, its local councils, its major insurers and troop sponsors like the Church of Jesus Christ of Latter-day Saints.

“Moving forward, the goal of our financial restructuring remains the same: We are steadfast in our commitment to equitably compensate survivors and preserve the mission of Scouting,” a spokesman for the Boy Scouts said Thursday.

The Boy Scouts said Thursday they had also developed initiatives with input from the survivors’ committee to strengthen existing youth protection procedures designed to safeguard children from predators.