City leaders in Salem, Oregon have ordered the removal of a mural on the wall of a private business which depicts an American flag with the scene of the flag-raising on Iwo Jima.

The owner of the business commissioned a local artist to create the display of patriotism. 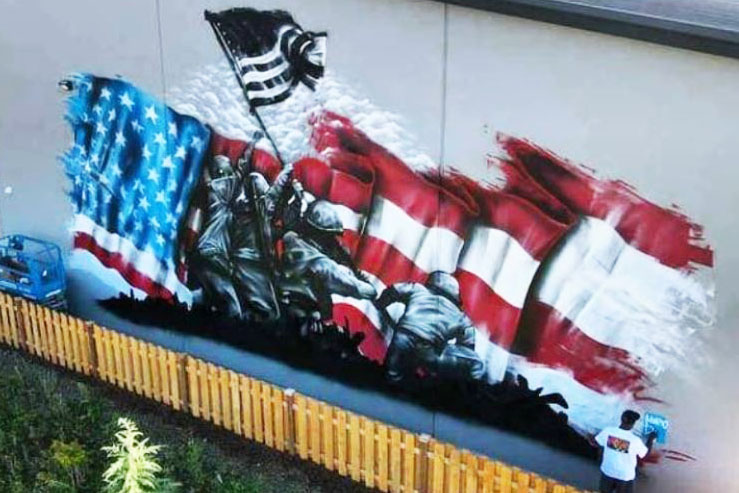 “The Salem City Council has recently undergone a progressive makeover, with several longtime conservative council members having retired. This appears to be the result,” PJ Media’s Jeff Reynolds noted.

We are making a petition to keep it up.

Remove it plus fines. Or give it to a art society and let them have their way with it.

Even when we help fight the wars they don’t want us to be talking about our contribution.

Valley Roofing owner Jon Taylor said neither he nor De Leon considered a permit to be needed when they decided to add the mural in place of hanging an American flag outside on the recently constructed building.

(View the petition to save the mural here.)