Those Zuckerbucks, it turns out, were merely a drop in an ocean of anti-Trump “dark money” which inundated the 2020 vote, a report said. 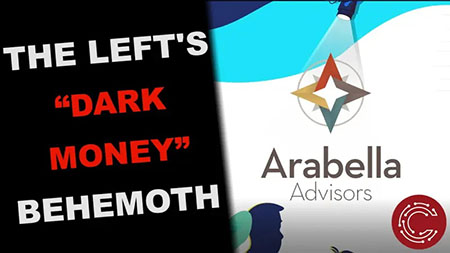 According to the Capital Research Center (CRC), newly obtained filings reveal a record “$1.7 billion haul in 2020 for the activist network run by Arabella Advisors, the shadowy consulting firm behind what is arguably the world’s most powerful and influential ‘dark money’ empire.”

“If there was any doubt that the Left’s biggest ‘dark money’ network had its way with the 2020 election, this should silence it,” Parker Thayer and Hayden Ludwig write in the Nov. 22 analysis.

Since the Arabella Advisors was formed 15 years ago, its four sister groups — the Sixteen Thirty Fund, New Venture Fund, Hopewell Fund, and Windward Fund — “have poured out a combined $3.3 billion into countless groups that fight for the Left on a wide array of public policies, including court-packing, environmentalism, gun control, and abortion,” the report said.

The major donors behind the ocean of dark money remain unknown, but the CRC found large sums were shuffled between the various “sisters,” with roughly $91 million flowing to the advocacy group Sixteen Thirty Fund from its siblings and another $13 million distributed among the other three nonprofits.

The North Fund — a mysterious Arabella-linked group which pushes for D.C. statehood, packing the Supreme Court with “progressives,” and abolishing the Electoral College, among other causes — pulled in $30 million from New Venture Fund and Sixteen Thirty Fund.

“Arabella Advisors itself netted over $45 million for providing “consulting” services to its in-house nonprofits in 2020. Nice work, if you can get it,” Thayer and Ludwig noted.

Arabella Advisors handed out more $1.2 billion, “roughly $896 million of which went to left-of-center groups active in tilting elections, warping the 2020 Census, and pushing ‘progressive’ policy in Congress and state legislatures,” the report said.

CRC tracked grants from Arabella groups to state-level leftist groups totaling at least $10 million in Pennsylvania, $3.6 million in Arizona, $3 million in Georgia, $2.5 million in North Carolina, and $2 million in Michigan — all of which CRC said were crucial to the outcome of the 2020 election.

Other grant highlights include:

• $25 million from the New Venture Fund to the Center for Tech and Civic Life (CTCL), which used $350 million from Facebook founder Mark Zuckerberg to effectively privatize the 2020 election in thousands of local government elections offices across the country.

• $8 million from the Hopewell Fund to ACRONYM and $3 million from Sixteen Thirty Fund to its associated PAC, PACRONYM. Both are key voter mobilization groups targeting likely Democratic voters in conjunction with Democratic Party apparatuses such as Eric Holder’s gerrymandering group, the National Democratic Redistricting Committee.

• $4 million from the Windward Fund to the Tides Center, one of the Left’s premier “dark money” pass-through funders created to incubate new activist groups.