At a re-election campaign rally in Phoenix on Feb. 19, President Donald Trump referred to top brass at the FBI who engaged in spying on his 2016 campaign as “dirty cops” and “dishonest slimeballs.”

Trump said if the spying happened to a Democratic campaign, the “scum” at the FBI would already be in prison. 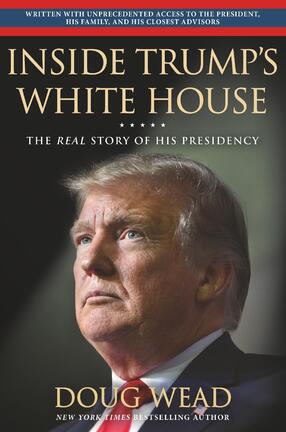 “What they were trying to do, if that happened to Obama or a Democrat or especially a liberal Democrat, they’d be in jail for 50 years and it would have taken place two years ago already,” Trump said.

“They spied on our campaign, remember that. After they spied, we won. Then after we won, they tried to get us out of office. It’s never happened before in the history of our country and we can’t let that happen. We can never, ever excuse it. We can never let them get away with that.”

While calling out the FBI at the Phoenix rally this month, Trump has previously said who he believes was ultimately responsible for the 2016 campaign spying — President Barack Obama.

In his 2019 book “Inside Trump’s White House: The Real Story of His Presidency”, author Doug Wead writes:

Trump “turned to Sarah Sanders, his press secretary. ‘Sarah, they were spying.’ Then he turned back to me. ‘I have never ever said this, but truth is, they got caught spying. They were spying!’

“And then, in case I didn’t understand what he was saying to me, he added just who it was he thought was doing the spying. ‘Obama,’ the president said. He let that sink in for a moment before continuing. ‘Think about that for a minute,’ the president said. ‘They were spying. Remember? Two years ago. I mentioned this thing about Trump Tower? I put out this thing?’ ”

In 2017, Trump tweeted that he felt the Obama White House “had my wires tapped” in Trump Tower. He later said he didn’t mean it literally but that he felt his campaign was being spied on.

Attorney General William Barr in 2019 said he was looking into whether “improper surveillance” may have occurred in 2016. “I think spying did occur,” Barr said.

Wead noted that, when Trump first said his wires had been tapped, “The national media had mocked him. This was absurd, they said, although in 1993, the new first lady, Hillary Clinton, had claimed something similar. She and Bill Clinton had moved into the White House. At the time, Hillary suspected that their predecessor, President George H. W. Bush, who had once been director of the CIA, was having them bugged. Hillary didn’t trust the Secret Service, which she feared was loyal to the former president, so she called for the FBI to do a sweep. When they failed to find anything, she tasked the Secret Service and even later the CIA to search for eavesdropping devices. When nothing was found, she set up her own internal White House personnel security office, staffed by two workers from the political campaign.”

In an excerpt from Wead’s book, Trump says:

“It turned out I was right. By the way. In fact, what I said was peanuts compared to what they did. They were spying on my campaign. They got caught and they said, ‘Oh we were not spying. It was actually an investigation.’ Can you imagine an administration investigating its political opponents? What they did was treasonous, okay? It was treasonous.”