‘Nobody wants them’: Moderna throwing out 30 million vaccine doses

In a complaint that was sure to gain much sympathy from his audience of elites at the World Economic Forum, the CEO of Moderna griped that the Big Pharma giant was having to “throw away” 30 million doses of the Covid-19 vaccine. 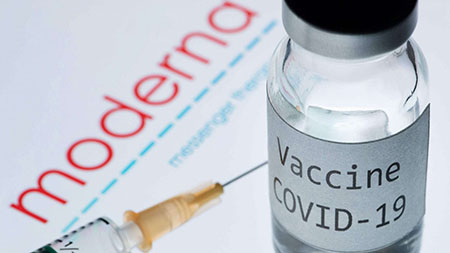 “It’s sad to say, I’m in the process of throwing 30 million doses in the garbage because nobody wants them. We have a big demand problem,” Stéphane Bancel told the World Economic Forum in Davos, Switzerland on Monday.

Bancel added that attempts to contact various governments to see if anyone wanted to pick up the slack was a complete failure.

“We right now have governments – we tried to contact … through the embassies in Washington. Every country, and nobody wants to take them,” Bancel said. “The issue in many countries is that people don’t want vaccines.”

China is one of the nations which said it did not want any of the mRNA products, of which there are some 7 billion doses. This was a huge blow to the many fans at the World Economic Forum of China’s communist structure.

A Chinese health official told The Associated Press that authorities have held back on approving the Moderna, Pfizer-BioNTech and Johnson & Johnson vaccines for use in China because they want to master the technology themselves and not depend on foreign suppliers.

Meanwhile, some officials have said Moderna was forcing governments to buy far too many doses of the Covid vaccine.

The health ministry of Bulgaria called for an “open dialog” with the European Union health commission and pharmaceutical companies, arguing that the current arrangement forces member states to “purchase quantities of vaccines they don’t need.”

Bancel’s complaint came days after Bloomberg reported that EU health officials wanted to amend contracts with Pfizer and other vaccine makers in order to reduce supplies of the Covid vaccine.

“it’s sad to say, I’m in the process of throwing 30 million doses in the garbage because nobody wants them. We have a big demand problem.”

‘Nobody wants them’: Moderna throwing out 30 million vaccine doses added by Editor Two on May 25, 2022
View all posts by Editor Two →