As the Covid pandemic winds down, seemingly on cue health authorities are issuing warnings of another pandemic that may be brewing — bird flu, aka avian influenza (H5N1). 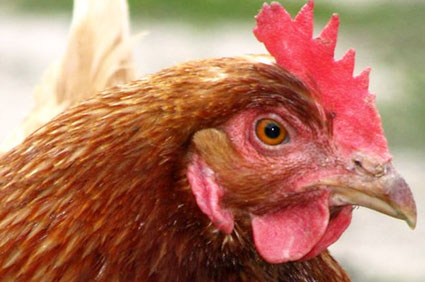 Bird flu has never posed a threat to humans, until experiments funded in part by Anthony Fauci and Bill Gates created a hybrid with human pandemic potential, Dr. James Mercola noted in a May 18 analysis.

As reported by Alexis Baden-Mayer, political director for the Organic Consumers Association, Fauci, Director of the National Institutes of Allergy and Infectious Diseases (NIAID) has funded gain of function research with the intention to make the bird flu transmissible to humans, as has global vaccine profiteer Gates.

The U.S. and other countries have already started stockpiling H5N1 vaccine, and the H5N1 vaccine Audenz is being marketed “for 2022.”

The approval for this vaccine was granted by the U.S. Food and Drug Administration in January 2020, followed by supplemental approval in 2021. The first-ever H5N1-positive case was identified in the U.S. at the end of April 2022.

Some of the research on developing a bird flu pathogen capable of infecting humans has been undertaken in Pentagon-funded biolabs in Ukraine, Baden-Mayer notes in an April 22 analysis titled “Is Bird Flu Being Weaponized?”

Not surprisingly, Gates has warned that another pandemic will emerge — something other than coronavirus — and that this yet-to-come pandemic “will get attention this time.”

In a video posted online, Christian Westbrook, aka the Ice Age Farmer, details Gates’s funding of Dr. Yoshihiro Kawaoka in Wisconsin to identify mutations in various bird flu viruses that might have pandemic potential. Fauci has also funded Kawaoka’s work since 1990.

“Kawaoka has also played around with mixtures of H5N1 and the 2009 H1N1 (swine flu) virus, creating an airborne hybrid capable of completely evading the human immune system, effectively rendering humans defenseless against it,” Mercola wrote, adding, “On a side note, this extremely risky research was done at a biosafety level 2 lab!”

Westbrook suspects weaponized bird flu may be released to usher in The Great Reset and Fourth Industrial Revolution, which includes the elimination of traditional farming and meat consumption in favor of patented lab-created “foods.”

“Indeed, millions of poultry are currently being culled in the name of food safety, and deer — a popular food among hunters — are being targeted for COVID vaccination to prevent cross-species transfer of a mutated virus,” Mercola wrote. “Not surprisingly, the test being used to identify these outbreaks is the fraudulent PCR test that allowed for the fabrication of COVID ‘cases.’ ”

As noted by Westbrook, Big Media has been warning that we may one day soon face “an apocalyptic bird flu” capable of wiping out half the world’s population.

Meanwhile, Gates and others “have funded the creation of just such a pathogen for the last 15 years, and the U.S. Department of Defense has funded research to figure out how to attach viruses to migratory birds,” Mercola wrote. “Yet we’re being indoctrinated to believe that lethal human bird flu, if it does emerge, did so through natural evolution. Don’t be fooled.”

Next pandemic? Fauci, Gates funded experiments to make bird flu transmissible to humans added by Editor Two on May 19, 2022
View all posts by Editor Two →