In New York, MLB might as well stand for Marxist Baseball League. 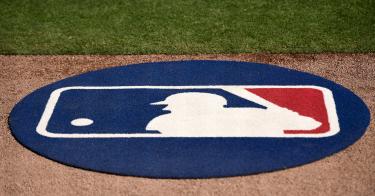 The New York Yankees and New York Mets are going to have separate sections for those with the Covid vaccine and those dreaded “anti-vaccers” who still believe they have rights in the United States. (What, no separate drinking fountains?)

One of the worst performing governors during the entirety of the pandemic, Andrew Cuomo, announced in a May 5 tweet: “Starting May 19, full capacity seating at Yankee Stadium & Citi Field will be available for fully vaccinated people. For unvaccinated the capacity will be 33% to comply with CDC social distancing rules.”

Future tickets will be marked vaccinated or unvaccinated. If season ticket holders don’t have everyone in their group vaccinated, they could be moved to a different section.

Absurdly, but not surprisingly, masks are still required at the teams’ outdoor stadiums, even for vaccinated fans.

That New York’s MLB teams would hop on the Covid tryanny train is also not surprising given the league’s signal that it is all-in on wokeness by moving its All Star Game out of Atlanta in protest over Georgia’s voter integrity law.

Meanwhile, one of New York’s NFL franchises, the Buffalo Bills, said that players who refuse to get the Covid jab will be cut from the team.

Asked if he would cut non-vaccinated players, Buffalo Bills General Manager Brandon Beane said: “Yeah, I would. You guys saw it in the fieldhouse. We had three and four meetings going on, and sometimes you’re talking over each other. But it was the only way to pull it off and be social distant. So it would be an advantage to cut a player and fall under that umbrella.”

“I think there’s going to be some incentives. If you have X number percent of your players and staff vaccinated, you can live normal, let’s call it — back to the the old days,” Beane continued. “If you don’t, it’s going to look more like last year.”

In a since deleted tweet, posted about an hour after Beane spoke, Bush wrote: “I wonder if Buffalo is aware of how many players are actually against being an experiment for the vaccine. I know some big names right off the bat. Can’t force anyone to do anything.”