Special counsel John Durham has issued new subpoenas to the Perkins Coie law firm in his investigation into the origins of the Trump-Russia hoax used to justify FBI surveillance of a presidential candidate and to stymie Donald Trump’s new administration after he won the 2016 election.

Durham recently indicted Perkins Coie attorney Michael Sussmann on charges of lying to the FBI during a 2016 meeting that helped spark the Russia investigation. 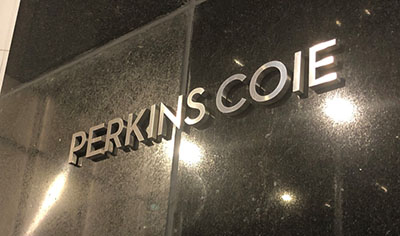 The special counsel’s office late last month issued new subpoenas seeking additional documents from Perkins Coie in what analysts said is an indication that Durham may be looking to add to Sussmann’s charges or to bring cases against other defendants.

Related: Durham indicts Perkins Coie attorney paid by Hillary; But what about all those co-conspirators?, September 17, 2021

“Now the FISA abuse process, now that declassification is complete. And your viewers can read it, that the FBI knew the evidence was fraudulent, they knew the credibility problems with Christopher Steele and they knew the DNC through Fusion GPS and Perkins Coie were piping in tens of millions of dollars into the machine so they could get a FISA warrant into President Trump,” Patel said. “I think they knew right away which is why I think the individuals at the FBI need to be held accountable.”

Patel noted that Durham “is only in his second year of the biggest political scandal in U.S. history. So I think in the next 6 months look out for indictments against the folks like Fusion GPS and Glenn Simpson for helping to perpetuate this fraud. And look out for bigger fish like Andy McCabe who is the biggest fraudster next to James Comey. I think you’re going to see these indictments come out on these individuals at the top. It’s just going to take a few more months.”

Bartiromo added: “And no surprise the mainstream media gave them all jobs.”

Durham was reportedly investigating whether Sussmann lied to the FBI regarding who — if anyone — he was representing when he told the Bureau about communications between the Trump Organization and the Kremlin-connected Alfa Bank.

The indictment against Sussmann states that the Perkins Coie attorney lied to top FBI lawyer James Baker in a meeting on Sept. 19, 2016. At that time, Sussmann presented data and analysis from cybersecurity researchers who suspected the Trump Organization was using a secret server to communicate with Alfa Bank. The secret server theory was ultimately dismissed and never appeared in special counsel Robert Mueller’s final report.

“We’re not sure why it’s taken Durham this long, but we may finally be close to learning just how far the Clintons and their allies went in their efforts to destroy Donald Trump, his campaign, and his presidency,” Fox News host Laura Ingraham noted on her Friday broadcast.

Ingraham blasted CNN’s Wolf Blitzer, who hosted former FBI Deputy Director Andy McCabe despite his position at the bureau during the Trump-Russia investigation. McCabe told Blitzer “there’s really very little here relevant to what he (Durham) supposedly was hired to investigate” and that “the recent indictment and these subpoenas really hold the FBI more in the position of victim rather than subject of an investigation.”

“The FBI, our intel agencies, the media and dishonest Democrats did incalculable harm to the office of the presidency and people’s faith in these institutions,” Ingraham added. “None of the guilty parties in this saga — not the press, not the DOJ [and] certainly not our intelligence community — have learned anything over the last few years.”

New subpoenas from Durham: Among targets is Perkins Coie law firm added by Editor Two on October 3, 2021
View all posts by Editor Two →