Churches provide “an essential service” and “must be allowed to continue operations” even in times of emergency such as a pandemic, a new South Carolina law states. 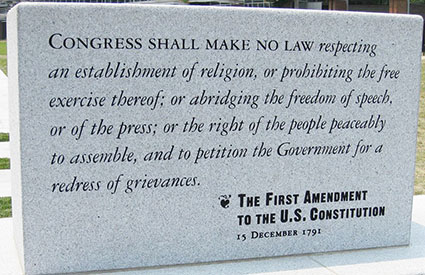 In imposing lockdowns on their citizens, governors in many states issued edicts ordering houses of worship closed during the pandemic, treating them as “non-essential.”

While temporarily closing restaurants, beauty salons, gyms and other businesses because of COVID-19, McMaster repeatedly stated that closing churches would violate the freedom of religion provision in the U.S. Constitution.

The South Carolina law stipulates the state “may not limit the ability of a religious organization to continue operating and to engage in religious services during a state of emergency to a greater extent than it limits operations or services of other organizations or businesses that provide essential services.”

Greg Chaufuen, legal counsel for the Alliance Defending Freedom, said the bill “takes the modest step of ensuring that officials cannot use a public crisis to discriminate against religious operations in violation of the Constitution.” He praised McMaster and South Carolina lawmakers “for taking action to defend religious freedom.”

Chaufen went on to say houses of worship “provide soul-sustaining operations that are essential to our society and protected by the First Amendment. While public officials have the authority and responsibility to protect public health and safety, the First Amendment prohibits the government from treating houses of worship and religious organizations worse than shopping centers, restaurants, or gyms.”

In March, the Republican-led legislature in Kentucky passed HB 43, “The Church is Essential Act,” deeming houses of worship as “essential” during an emergency and preventing any government agency from banning religious services.

David Walls, executive director of The Family Foundation, told Kentucky Today: “The Church is Essential Act is a victory for religious freedom in our Commonwealth. Thanks to HB 43, churches will rightfully be recognized as essential in Kentucky, and the governor’s emergency powers will never again be abused to shut down churches or discriminate against religious organizations.”

“What we’re doing is not out of any sense of or acts of civil disobedience,” Browning said. “It’s not about that at all. This is about who we are as a people of God and where we stand on the word of God and that’s why we’re doing this,” Rev. Wilbur Browning of Centennial Olivet Baptist Church said at the time.

“Whatever the government might say that says we have to close our doors, we don’t answer to that,” Browning said. “We abide by all of the other rules that do not cross our faith, but when it comes to this, this is where we’re at. Our doors are going to stay open.”