Dominion Voting Systems machines are at the center of a new controversy in the 2022 primary elections in Georgia’s Fulton and DeKalb counties, according to alternative media reports.

The Fulton County Board of Registration and Elections held an emergency meeting on June 5 to re-certify the results of the May 24 primary election. 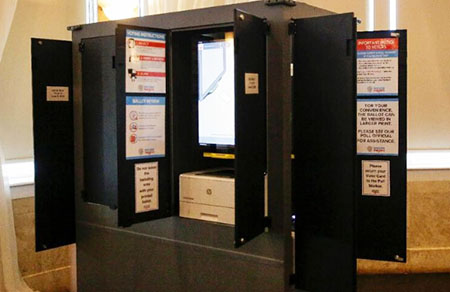 The board acted not on the basis of voting data but on the recommendation of a county employee formerly employed by Dominion Voting Systems.

Dominic Olomo, the ex-Dominion employee, appeared at the meeting and announced that “discrepancies” in Dominion machines forced him to “re-certify” the results of the primary election. He did not provide any vote totals to verify his claims, reports say.

UncoverDC’s Kevin Moncla noted that the decision to re-certify an election is one “that obviously and inherently requires command of the facts, understanding of the process, and due diligence to authenticate and reconcile the results — all impossible without having the exact numbers, much less no numbers at all.”

“It’s important to note that this meeting was not noticed to the public and the live stream link normally provided on the Fulton County website for BRE meetings was unavailable. The only platform on which the live-stream was found was on Facebook. Also, the meeting began one hour late and was not open to public comment,” Emerald Robinson noted in a June 6 report on substack.com. “All of these factors defy transparency, but when these accompany the impromptu recertification of election results on a Sunday afternoon, it is simply unacceptable.”

Olomo said the discrepancy in the May 24 election results was the result of poll managers failing to save the correct results files to the tabulator’s compact flash card (CF card).

“On yesterday, we found out that we had some precinct had some compact flash card. During election night, we extract result files, images, and log files from CF cards, from compact flash cards. We found out some precincts have discrepancies. Some CF cards were not pulling — some precincts were not pulling result files. Some were pulling images and log files. While some would have some images and log files, not result files. The result file is where we, you know, we use it to do the tabulation. Import the result. The images input ballot images, The log file gives us the activity on the scanner, at the precinct level. So, we have those discrepancies, and it was just like, you know—know how to say—technical issue,” Olomo said.

Moncla, who has for years detailed inconsistent election practices in Georgia, noted: “Not only are Mr. Olomo’s claims incorrect, but they are also impossible.” Moncla points out that when speaking of compact flash cards, Olomo is referencing the Dominion ImageCast Precinct (ICP) tabulators at each polling location. The ICP automatically stores “ALL” data on two compact flash cards, “each of which is an identical copy of the other for redundancy.” The twin compact flash cards are the only place in the ICP where election information is stored.

You would think Dominic Olomo, who worked for Dominion, now working for Fulton Co, would know this. pic.twitter.com/HKWX65w1y6

Moncla added: “There is no action required by the poll manager to save any of the information to the compact flash cards as it is done automatically. In fact, even if the poll manager failed to close the polls on the ICP, all of the election information would still exist on the card, with the exception of the sum total for each contest (this essentially describes the Georgia Advance Voting process).”

Independent journalist Emerald Robinson noted: “Fulton County’s election board required no numbers, no data, nothing to ‘re-certify’ their primary results. Fulton County simply voted to certify election results without having any of the election results. This is banana republic stuff.”

In DeKalb County, in the same week that federal authorities admitted that Dominion Voting machines (used in all of Georgia’s counties) are vulnerable to hacking, it was revealed that there were massive discrepancies between the May 24 machine results and the June 1 hand count in the District 2 County Commission primary race.

The DeKalb Voter Registration and Elections Office originally reported that the June 21 runoff for District 2 County Commission was between Marshall Orson and Lauren Alexander, with Michelle Long Spears in third place and missing the runoff. After the hand recount, Spears’s vote total increased by 3,620. Orson’s total decreased by 1,298. Alexander’s total increased by 355. After the recount, Alexander and Spears will go head-to-head in the runoff.

“The machines did not count 2,810 votes at all — mostly from Election Day ballots. That’s almost 20% of the total votes that mysteriously disappeared,” Robinson noted. “New and corrupt databases created. Mistakes in the precinct scanners. Thousands of votes not counted. Thousands of votes miscounted for multiple candidates. Hand counts conducted to correct the machine counts. Guess what folks: it’s called election fraud using the electronic voting machines.”

“Word has spread quickly throughout Georgia that Dominion machines produced false results in the one race that anyone had been forced to recount by hand. Several Republican candidates in Chatham Board are now asking for a recount in their respective elections too. Candidates Robin Greco and Jennifer Salandi and Jeanne Seaver want to make sure their election results are accurate. They’re right, of course, all of the primary elections must be recounted if we care about preserving the credibility of our elections.

“The stench from DeKalb’s election has Georgia’s voters taking notice of other issues in their elections too.” 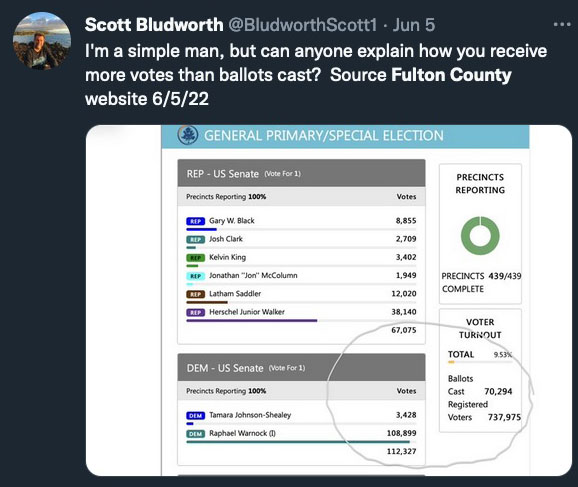 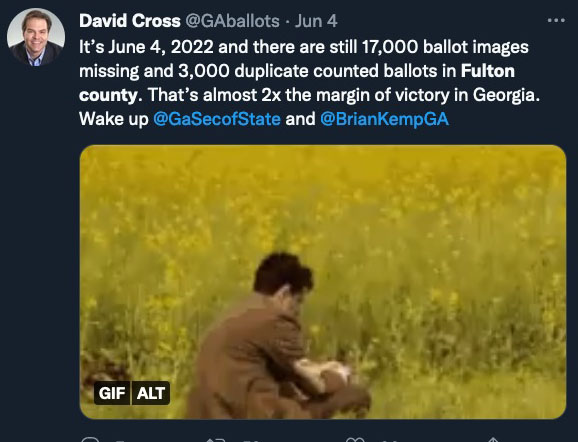