The NCAA and Atlantic Coast Conference (ACC) engaged in political and lobbying activity when they canceled events in North Carolina over opposition to House Bill 2 and should be investigated for a possible violation of their tax-exempt status, a lawmaker said. 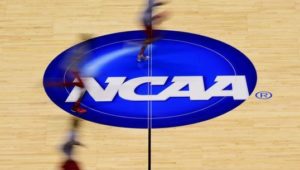 “The NCAA and ACC have allegedly engaged in excessive lobbying activities that exceeded their respective charters by using economic retaliation against NC for the purpose of forcing the General Assembly to adopt social legislation that is not connected to their core mission,” State Rep. Mark Brody, Monroe Republican, wrote in a Facebook post.

Brody said that, on March 13, he would file the Athletic Association Accountability Act to determine whether the NCAA and the ACC violated their tax-exempt status.

Last year, the NCAA said it would move seven events out of North Carolina. In a news release, the NCAA said the decision by its board of governors came “because of the cumulative actions taken by the state concerning civil rights protections.”

The ACC pulled all of its championship games scheduled to be held in North Carolina through the 2016-17 school year while HB2 remains in effect.

“I believe the NCAA and the ACC have stepped out of bounds and, to the best of my ability, will never allow the General Assembly to relinquish its legislative authority over the internal affairs of the State or succumb to economic extortion to and from either the NCAA or the ACC.”