Leaders of the Navajo Nation are fighting an order by Team Biden which would ban new oil and gas leasing on federal lands in New Mexico which surround land allotted to the Navajo. 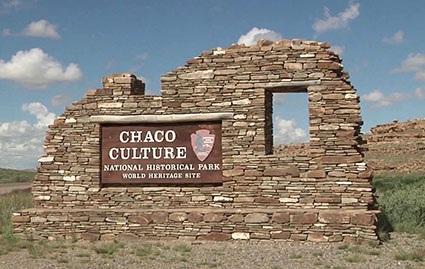 Navajo leaders say the move would be devastating to Navajo who own mineral rights around the park.

“If they freeze all the federal lands in and around the allotment lands out in the northern part of Chaco Canyon, it basically will isolate the allotment lands,” said Ervin Chavez, who heads the Shii Shi Keyah Association, a group of Navajo Nation mineral allottees. “It would not make it feasible for oil companies to go in and drill when they know all the other lands are frozen.”

Washington Times reporter Valerie Richardson noted: “Not only does drilling provide an important source of revenue in struggling San Juan County, but the allotments also support U.S. energy production as the nation grapples with an energy crunch.”

The Navajo Nation Council supports a compromise: a 5-mile buffer zone, which supporters say would allow oil-and-gas producers to access most of the allotments while protecting sacred sites and cultural resources. Team Biden has rejected the compromise and is sticking with the 10-mile buffer zone.

“We knew they were buying oil from the foreign countries, namely Russia. And here we have all this land, all this oil in the United States back in our region that can be produced, and here they are, trying to freeze lands and tell us not to produce on it?” Chavez said. “It doesn’t make sense at all. To us, it’s like, ‘Wake up, people. Start reopening the federal lands here.’ ”

In a Nov. 24 letter to Joe Biden, Navajo Nation President Jonathan Nez and Vice President Myron Lizer said the proposed ban on leasing would have a “devastating impact because the indirect effects would make the allottee land worthless from the standpoint of energy extraction.”

“In fact, the existing temporary ban on leasing [has] already impacted our people, as energy companies have told some of our Navajo allottees that they will not pursue exploratory drilling unless they know they can access the sites using horizontal drilling through the federal lands,” the Navajo letter states.

Some Navajo have pointed to a conflict of interest with Haaland, who is a member of one of the Pueblo tribes — the Pueblo of Laguna. The Pueblo are supporting Team Biden’s policy on Chaco Canyon.

The Bureau of Land Management has extended the deadline for public comment on the Chaco Canyon policy to May 6. Two public hearings are scheduled: the first in Farmington, next to the Navajo reservation, on April 27; and the second in Albuquerque, home of the Pueblo, on April 29.