The Communist Party of China (CPC) continues to clamp down on free artistic expression as all regulation of movie production is now under the party’s control, according to a state media report. 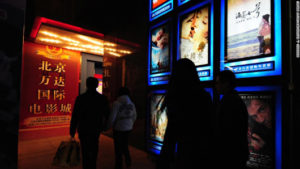 Moviemaking will now be regulated by the CPC’s “Publicity Department,” according to state-run media outlet Xinhua, which said the government of President Xi Jinping has launched “three new state administrators in the ideological sector.”

The announcement was made in a ceremony attended by senior CPC official Huang Kunming, who will head up the Publicity Department.

Huang pointed to “the need to strengthen the Party’s overall leadership in these areas and was good for advancing the ideological governing system and the sector’s prosperity.”

He added that the reforms would help agencies to “enhance cultural confidence, be innovative, stick to the correct orientation, place the people at the center of the work and strive for new progress.”

Breitbart noted in an April 16 report that Chinese “musicians, writers, filmmakers, and other artists are routinely forced to comply with government restrictions on content deemed inappropriate or hostile to the communist regime.”

Last month, China released a film glorifying Xi that has since become the highest-grossing documentary in the country’s history.

Last year, the film Wolf Warrior 2, which tells a story of Chinese forces saving innocent civilians from Western imperialists in a war-torn African country, became the country’s highest-grossing film ever, with a box office total of $874 million.