An elections watchdog group posted records obtained via the Wisconsin Elections Commission (WEC) which show tens of thousands of voters in 2020 circumvented state voter ID requirements by claiming they were “indefinitely confined” amid the Covid-19 pandemic. 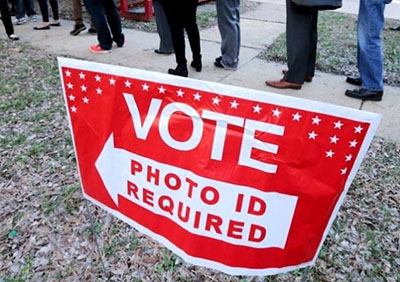 The dataset posted on Monday by the Voter Reference Foundation (VRF) revealed “40,856 registrants who voted in the 2020 General Election with an Indefinitely Confined status and according to WEC, had not provided ID prior to doing so.”

In March 2020, the WEC, citing the Covid pandemic, provided guidance that voters who self-identified as “indefinitely confined” could receive a ballot without providing ID. Instead of using an ID to verify a voter’s identity, the only requirement was the signature of a witness verifying that the voter filled out the absentee ballot and that the name and address were correct.

It was not until after the election, in December of 2020, that the Wisconsin Supreme Court ruled the Covid pandemic and the state’s declared public health emergency were insufficient to classify voters as “indefintely confined” and exempt from voter ID rules. Only those voters whose “own age, physical illness or infirmity” makes them homebound could declare themselves “indefinitely confined” and bypass a state requirement for photo ID, the court determined.

The VRF found that, as of this week’s local elections, 32,857 of the 40,856 voters who registered as “indefinitely confined” and voted without providing ID in the 2020 election remained “in an Active status.”

Wisconsin was one of the battleground states to receive Zuckerbucks, with the cities of Green Bay, Kenosha, Madison, Milwaukee, and Racine receiving a total of $6.3 million in Center for Tech and Civic Life (CTCL) grants.

In the new documentary “Rigged: The Zuckerberg Funded Plot to Defeat Donald Trump,” David Bossie, president of Citizens United, explores how Facebook founder Mark Zuckerberg injected nearly $400 million into the 2020 presidential election through two left-leaning voter turnout nonprofits — the Center for Tech and Civic Life (CTCL) and the Center for Election Innovation & Research (CEIR) — “with most of the funds funneled to government elections offices in critically important jurisdictions for Joe Biden — to finance get-out-the-vote efforts aimed at defeating” President Donald Trump, according press materials for the film.

More than 40,000 Wisconsin voters in 2020 claimed ‘indefinitely confined,’ provided no ID added by Editor Two on April 6, 2022
View all posts by Editor Two →