Rush Limbaugh has had four wives; Newt Gingrich has had three wives. In total, between the two of them seven women have walked down the aisle and have heard a vow of eternal loyalty pledged by these men. With numbers like these, the two men should convert to the Muslim faith. Instead, they are prominent leaders of our once-deeply Christian nation: these are now the men who claim to be authentic conservatives and shamelessly accuse others of not being conservative enough.

The Republican primary has been dominated by a central question: Who is the real conservative in the race? In a recent interview with Greta van Susteren on Fox News, Mr. Limbaugh pondered whether former Gov. Mitt Romney or Mr. Gingrich is more conservative. He noted that both men have shifted positions in their career and are not as solid as some of the other candidates like Rep. Michele Bachmann, Texas Gov. Rick Perry and Sen. Rick Santorum. 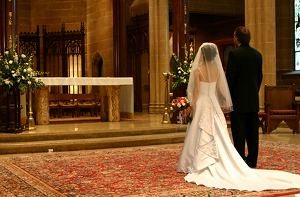 But in his analysis, Mr. Limbaugh omitted a key point. Mr. Romney has been married to the same woman for more than four decades, whereas Mr. Gingrich has changed wives three times. Is this not important?

What yardstick is Mr. Limbaugh using to assess these candidates? His implicit first principle is to have capitulated to a liberal premise: Private morality is less important than public morality.

For centuries, and indeed up until the 1960s, it was widely understood that private morality is more important than public actions. In fact, if private misdeeds were discovered, a man or woman’s reputation was so irreparably damaged they were considered to be among “the fallen” and usually ostracized, no matter how talented. In other words, they were deemed a threat to the social fabric and would not be given any public office or social standing.

Thus, by any traditional and truly conservative measure, Mr. Gingrich would have no public standing after all his marriages and infidelities. And he certainly would not be deemed fit to defend conservative values in the public square.

In addition, traditionally, sexual misdeeds were considered especially abhorrent as they demonstrated a lack of regard for one’s own body, the temple of the soul, hence casting doubt on the overall trustworthiness of a character. These strictures and its social consequences were indeed at times unduly harsh. In the 20th century, the Victorian ethos was dismantled. At the vanguard of this transformation were modernists, liberals and Marxists who sought to make everything permissible, especially since they despised Christianity and marriage. Their central message was that no matter what people do in their private lives, they deserve equal treatment publicly. In other words, private deeds don’t count; character doesn’t matter.

Thus, no one in this field makes the conservative heart go pitter-patter. Those who dislike this assessment have one option: breed better conservative babies who will grow into impressive traditionalists to lead us in the future. As for 2012, this is the sad reality we face.

Moreover, expectations for what can be done in the next election are too high. No single president can suddenly overturn the large state and restore American virtues. The destruction of American morality took place over the course of several decades; the implementation of big-government programs also occurred over many decades. Reversing our decline will take generations, and requires sustained efforts by conservative activists at every level of government and within every institution.

In 2012, any candidate who can halt President Obama’s radical agenda will put a good down payment on steering the nation onto a sensible path. In addition, great efforts must be made to retain and expand GOP seats in the House and capture the Senate. This will be a second down payment on rehabilitating the nation and compelling the next president to accept conservative legislation. Finally, the Tea Party must continue to infiltrate and expand its command over the GOP. In tandem, all these efforts will inch America in the right direction.

However, the current primary contest will serve as a landmark if, at the very least, we return to one traditional principle: private morality is more important than public achievements. If we restore this simple yardstick in all our decisions, not just in electing a leader, we can go a long way toward reversing the liberal dominance of our culture, and by extension, our politics.

By this measure, as a wife and mother, for example, I would not mind much if Mr. Romney, despite his shortcomings as a political leader, were to go out for drinks with my husband or would sit at our family table and chat with my son. Yet, if Mr. Gingrich should appear on the family doorstep, I would be wary of him regardless of his public achievements.

Many conservatives clearly see this when it comes to protecting the well-being of their families. Yet, why do the same traditionalists suddenly lose perspective and accept liberal premises when discussing whom we should trust to lead the nation?

In summary, here is a simple note to conservative leaders: the fewer spouses you have, the better.

Dr. Grace Vuoto is the Executive Director of the Edmund Burke Institute for American Renewal.