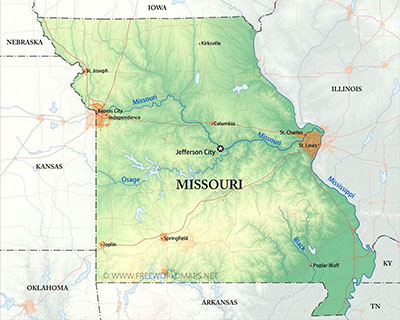 The Senate passed its version of HB1878, which had passed the state House on March 10.

“After the chaos and uncertainty of the 2020 election, it was imperative that we tighten election laws in Missouri to further secure our elections,” Republican state Sen. Eric Burlison said. “I filed a similar bill this session, so I am thrilled my fellow legislators share my concerns when it comes to preserving the integrity of our elections. We need to regain the trust of Missourians that every election is fair and free, and I believe this bill accomplishes that goal.”

Missouri Secretary of State Jay Ashcroft added: “I want to thank Sen. Eric Burlison for working with my office to create strong cyber security protections in this bill and to eliminate ‘Zuckerbucks’ from corrupting our election process. A secure and fair election process is essential to our state.”

In 2020, Mark Zuckerberg gifted $350 million to left-wing groups who then gave the money to government election offices.

The Zuckerbucks, however, were not an unconditional donation, Mollie Hemingway, editor-in-chief of The Federalist, pointed out. There were strings attached, which amounted to Democrat get-out-the-vote efforts, mass mail-in voting, and ballot “curing,” whereby election workers “fix” mail-in ballot problems after the ballot has been submitted.

Republican state Sen. Mike Cierpiot noted that the new law also requires election equipment to be “air-gapped, meaning it is not connected to the Internet, and that paper ballots are used.”

“I believe both of these measures will ensure our election results are safe, secure and most importantly verifiable in the event of a dispute,” Cierpiot said. “Lastly, the bill also prohibits private money, such as so-called ‘Zuckerbucks,’ from being used to influence the administration of our elections as well as bans the use of drop boxes for the delivery of absentee ballots.”

Local reports noted that Democrats added one item to the Republican-backed bill, an amendment allowing two weeks of early voting. The early voting can only be done in person, but voters no longer would need to state a reason.

The legislation still needs another round of approval from the state House of Representatives before it can be sent to Republican Gov. Mike Parson for his consideration.