The NFL hates you. With another Super Bowl about to be played, now seems a good time to remind traditional-minded Americans of this salient fact.

On Jan. 7, the league issued a release bragging about the very substantial amount of money this multi-billion-dollar business is willing to spend to advertise its wokeness, not to mention Marxist-Leninist tactics. “NFL reaches more than $95M in contributions to further advance social justice,” the release stated:

The NFL today announced 13 new grants to nonprofit organizations across the country and additional funding to support closing the “digital divide” as part of its social justice initiative, Inspire Change. The league and its clubs have provided more than $95 million to date in support of programs focused on education, economic advancement, police and community relations, and criminal justice reform, encouraging unity and respect in our communities. These efforts contribute to the ten-year $250 million commitment by the NFL to social justice.

A look at where this money is going is eye-opening. Whether it be shallow window dressing by an industry flush with money or sincere ideological belief, the result is the same. The NFL is funneling hundreds of millions of dollars to committed radicals who are hellbent on destroying this nation.

Let’s examine four of the grantees.

The Center For Policing Equity declares that “four principles have always guided our work.” Here is the Number One Principle listed among those four:

CPE seems especially dedicated to ratcheting up the waters of deep-seated racial resentment well past the boiling point. Its Mid-Year 2020 Report defends the violence and rioting that plagued American cities last summer. Phillip Atiba Goff, Co-Founder and CEO wrote (bold added throughout rest of this column):

Then, police lynched George Floyd. The country watched George Floyd struggle to breathe, and 400 years of unpaid debts owed to Black communities came due. Again. The moment ignited public uprisings, more than 100 days of protests, and pleas for justice. Even in the face of federal opposition, protesters flooded the streets in cities and towns across the country and around the world. And, when no officers were charged for killing Breonna Taylor, heartbreak refueled the flames. 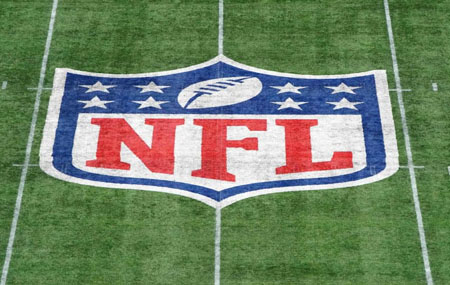 This is the kind of wholly irresponsible, wildly incendiary language that gets innocent people killed.

It is also the kind of language that can net a financial windfall in America today. See page 13 of the report. CPE states that it raised an astonishing $44.4 million due to the Summer of George Floyd, far surpassing the organization’s previously stated goal for the year of $3.4 million.

CPE is fully plugged into the professional progressive globalist network. Unsurprisingly, Barack Obama, the man who vowed to fundamentally transform this nation, has praised its work. Here is the Obama Foundation hailing CPE for being “on the front lines of social justice.”

The charitable arm of Google is also listed as a partner of CPE on the group’s official website (scroll to bottom of page).

CPE President Goff has exhibited a virulent loathing of Trump supporters. In a press release on the contrived and overblown U.S. Capitol unrest on Jan. 6, Goff expressed his outrage that police did not fire rubber bullets at the citizens who wandered into the halls of their own government that day:

The storming of the U.S. Capitol by supporters of President Trump attempting to subvert a free and fair election was an inexcusable failure of governance and public safety — and a grotesque illustration of how White supremacy continues to cost lives and poison democracy.

For communities that already believe law enforcement has no interest in protecting them, these events offered the ultimate confirmation. Every barrier surrendered, every rubber bullet not fired, every desecrator allowed to walk comfortably down the Capitol steps showed that the state’s response is dictated by the identity of the offender rather than the nature of the offense. Hours after White supremacists were cleared from the Capitol, lawmakers cast votes in support of the demands of armed and treasonous rioters.

This is who the NFL is financially supporting. Regular Americans still consuming this product: You are giving them your money and they are shoveling a good portion of it to people who want the police to shoot you with rubber bullets. Wonderful.

A second group on the NFL donor list is the Community Justice Exchange. We wrote about them in last year’s Super Bowl column. This is an organization so radical that it insanely wants to abolish all prisons:

Our vision of “community justice” is one of grassroots participation and intervention in the criminal legal and immigration systems to shift power in court proceedings and outcomes….

The Community Justice Exchange is an abolitionist organization. This means that we believe and are working toward a world without prisons, policing, prosecution, surveillance or any form of detention or supervision. We believe in building a world in which everyone has what they need to live well and where we don’t rely on police or prisons to address social problems like houslessness, mental illness, drug addiction, or poverty. We believe we can build a world in which people have the right to migrate and the right to stay.

Ah, yes, open borders. CJE believes illegal aliens should not be detained in any way:

“The Community Justice Exchange is also the host of the National Bail Fund Network, a formation of over eighty community-led bail and bond funds that are part of campaigns to end pretrial and immigration detention.”

Make no mistake about it. CJE truly seeks to create an American justice system that has no penalties for criminals whatsoever:

There are multiple movements fighting to end criminalization and punishment. We are committed to situating our work to end detention in all of its forms within an abolitionist framework that recognizes the intersections of the criminal legal and immigration systems and confronts them as a single system of social control.

As it states on the home page of its website, CJE is “a nonprofit 501(c)3 project of the Tides Center.”

This means the NFL is donating to an organization lavishly funded by infamous globalist billionaire George Soros.

A third group named in that donor tweet is the Alliance For Safety and Justice. This does not mark a new grantee for the league. The NFL Foundation has long been listed as an official supporter of the group.

As we wrote in November, the Alliance’s Co-Founder and President Lenore Anderson has ties to establishment-installed Kamala Harris that date back to her earliest days in politics:

Lenore Anderson is another Soros-tied activist who formerly served as a Harris staffer. The Los Angeles Times describes Anderson as a “former aide to then-San Francisco District Attorney Kamala Harris.” Anderson is Founder and President of two radical criminal justice reform organizations, Californians for Safety and Justice and Alliance for Safety and Justice. Both groups are projects of the Tides Center.

Soros has given over $22 million to the Tides Foundation, according to the watchdog website Influence Watch.

A fourth group on the NFL donor list is the Vera Institute of Justice. In many ways, it is the most instructive to examine, as it fully exposes the elitist orbit the NFL is aligning with as it purchases its Woke credentials.

Prior to re-joining Vera, Nick was a managing director at The Rockefeller Foundation, where he was a member of the foundation’s senior leadership team and a co-leader of its global urban efforts.

A release touting Turner’s hiring as president reveals that Vera’s founder is now working for George Soros at his notorious Open Society Foundations:

“Nick is a superb choice to lead Vera in its second half century,” said Herb Sturz, Vera’s founding director who now serves as a senior adviser at the Open Society Foundations. “We began Vera in an effort to help make the administration of criminal justice fairer and more effective. Vera has repeatedly demonstrated to government and other partners better ways to secure and enhance justice while preserving individual rights. Nick brings an intelligence and experience to bear on today’s criminal justice challenges.”

Again, it needs emphasizing: This is who the NFL is showering tens of millions of dollars upon.

As it does so, its players are given official league platforms to lecture fans on the need to recognize their white privilege:

We would be remiss if we didn’t also remind Americans still planning on watching the Big Game that professional sports leagues financially support moral abominations that actively seek to warp our nation’s vulnerable youth. The activists involved in this work are almost always allied with the professional radical network that we have described above.

“Sam(ira) Obeid identifies as a masculine performing Indian lesbian immigrant who was raised Hindu on her mother’s side of the family and Muslim on her father’s side.”

Sam incorporates the experience of being a third world masculine lesbian in all of her creative work to ensure that others who have similar experiences do not feel isolated in who they are. She is regularly asked to share words at rallies and protests to encourage humans to continue the fight toward justice despite the dire circumstances we currently live in.

In working with high school youth, Sam is authentic and deliberate in sharing her experiences as a young human and believes that our teens must unconditionally be shown that they are being seen and heard without ever having to validate their own identities or experience.

Disturbingly but unsurprisingly, Obeid is a trained progressive operative, as her alumni profile from an organization called the New Leaders Council fully reveals.

The NLC specifically seeks to radicalize our nation’s youth:

New Leaders Council (NLC) is the hub for progressive Millennial thought leadership. Soon to be the largest voting bloc in American history (~83 million voters) and possessing significant economic power, Millennials will be the generation to truly change our institutions in American society.

Anchored by its six-month training program, the NLC Institute, NLC equips our leaders with the skills to run for office, manage campaigns, create start-ups and networks of thought leaders. NLC leaders take their activism back into their communities and workplaces to impact progressive change.

It is a roiling cup of toxicity that the NFL is backing with its financial might, and our country may not survive many more sips from the poisoned chalice. Submitted for your consideration as the annual Most Important Game Ever gets set to kick off.