The National Football League likes to boast that its financial support for social justice causes aligns with the personal expressions of its players. Alas, this is all too true. As a major professional sports league thoroughly stained with repeated criminal activity by its athletes, the NFL has decided to address its problem by donating money to causes that support… criminals.

USA Today keeps a running database of “NFL Player Arrests” dating back to 2000. The list is enormous. “These are arrests, charges and citations of NFL players for crimes more serious than common traffic violations,” a note at the bottom (scroll very, very far down) of the database reads. In 2017 New England sportswriter Kevin Dillon broke down the database for an article on individual teams’ criminal activity. 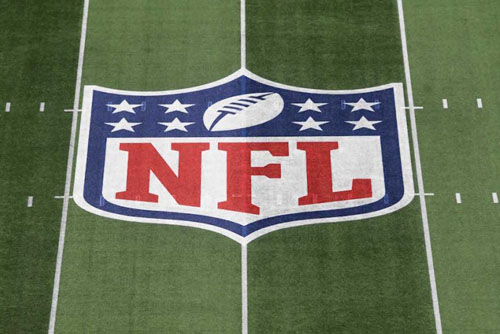 “NFL players have been arrested 855 times since 2000,” Dillon wrote. “That includes 215 DUI charges, 99 drug charges, 96 domestic violence cases and 71 assaults. It even includes two murders.” Keep in mind this was written in 2017. The numbers have grown since.

The NFL, largely bowing to the demands of vocal players, has initiated several “social justice initiatives” in recent years. Based on the above information, it should not be surprising that a substantial bulk of NFL financial largesse in this field has gone to so-called criminal justice reform.

In a 2019 press release announcing the creation of its “Inspire Change” platform, the NFL openly boasted that it and its players helped pass Amendment 4, a constitutional amendment in Florida that has given the right to vote back to over 1.4 million convicted felons in this crucial Electoral State. “Inspire Change is a comprehensive platform for social change,” the league stated in the release.

Under the Inspire Change banner, the league announced a “social justice grant” to Community Justice Exchange, a project of the hard-left Tides Center. “Community Justice Exchange will use the funding for its National Bail Fund Network project, which currently supports over 75 community-based bail and bond funds working to end money bail and pretrial detention at the local level,” the league stated on its official website.

CJE’s program to end bail for those arrested for serious crimes, thus greatly endangering lawful citizens, is sweeping and total. In the “Focus Areas” section of its website, CJE calls for:

But that is not all. Right below that ripe paragraph, the group spells out its commitment to:

Ending immigration detention & surveillance: This includes ending the deportation and detention system, ending the surveillance of immigrant communities, and supporting the right to migrate.

The ranks of CJE are dotted with veteran radical activists. The group lists Ana María Rivera-Forastieri as an “Immigration Bond Fund Organizer.” Before joining CJE she was Director of Advocacy and Program Development at a New Haven, Connecticut group called the JUNTA for Progressive Action. Her official CJE bio also states that she is a board member of Planned Parenthood Votes.

JUNTA was part of a 2015-2016 “nonprofit collaborative” funded by progressive globalist billionaire George Soros to the tune of $100,000 to aid the increase of immigration into Connecticut and, among other things, help “to continue to expand current advocacy work in support of stronger protections from detention, deportation and abuse.”

Yale University and, for some reason, Tito’s Vodka, are official “2019 Sponsors” of JUNTA.

Another CJE “Immigration Bond Fund Organizer” is the Rev. Elizabeth Nguyen. Nguyen is a Unitarian Universalist minister who wrote this about her church’s commitment to social change:

“We struggle for liberation from the violence of white supremacy, sexism, ableism, classism, and heterosexism. Our covenants mean we make promises to our communities to honor love and justice above all else….

“Some theologies say that only some people are saved. From those theologies flows a world where people are criminalized for their identities — for being Muslim, transgender, black, undocumented. Our theology says that we are all saved, and salvation is what we strive to build now, for each other. So we resist any laws, policies, or practices that deny anyone their humanity.”

The NFL is directly financially supporting these people.

The NFL Foundation is also listed as an official supporter for another Tides Center front group, The Alliance for Safety and Justice, which also promotes criminal justice reform and helped pass Amendment 4 in Florida.

The league is also partnering with organizations that support illegal immigration into the U.S. The Hispanic Heritage Foundation asked the NFL to form a Hispanic Leaders Alliance, in partnership with Nationwide Insurance, to work for “positive change in NFL communities.” The HHF vision for that can perhaps be captured in the group’s involvement in getting District of Columbia Mayor Muriel Bowser to proclaim “Dreamer Day” in the capital city, home of the Washington Redskins, in 2017.

HHF has close ties to the Mexican American Legal Defense and Education Fund (MALDEF), an especially hardline pro-immigration group. MALDEF honored HHF President Antonio Tijerino in 2019. “I’m proudly accepting the Community Service Award from MALDEF in recognition and reverence of the MALDEF and HHF staff and board, the countless organizations and individuals serving the needs of the most vulnerable in our community, and on behalf of the advocates that tirelessly continue la lucha [the struggle] against hate and injustice,” Tijerino said of receiving the award.

David Horowitz’s Discover the Networks website contains an eye-opening dossier on MALDEF. The site details how “MALDEF has sought not only ‘to expand access to driver’s licenses without regard to immigration status,’ but also to gain official U.S. acceptance of Matricula Consular cards — the fraud-prone ID cards issued by the Mexican government — which are frequently used by illegal immigrants as a substitute for American identification documents.”

With that in mind, here’s a lovely pic of the NFL’s Los Angeles Chargers directly donating to MALDEF via an NFL Hispanic Heritage Leadership Award at a ceremony on the field at a game:

Our board member @DrCynthiaTelles honored by @Chargers w/ @NFL Hispanic Heritage Leadership Award! Congrats & thanks for donation to @MALDEF pic.twitter.com/lur9cXzngg

MALDEF is a virulent opponent of President Trump’s efforts to crackdown on illegal immigration. Thomas A. Saenz, president and general counsel of the organization, slammed Trump’s “perverse garden of border wall prototypes” as Trump prepared to review them on a visit to California in 2018:

“Donald Trump should know that his perverse garden is not welcome in California, a state that voted overwhelmingly against him in the November 2016 election. No hate in our state. MALDEF will continue to fight against the wasteful wall and the barrage of nativist policy and rhetoric continuously emanating from the White House, Department of Justice, and Department of Homeland Security.”

But MALDEF takes its extremism even further. The organization harshly denounced the passage of a law aimed at keeping notoriously ultra-violent MS-13 gang members out of America:

“This bill is in keeping with the very worst traditions of nativist [there’s that word again] lawmaking, falling in line with immigrant stereotyping in congressional enactments of a century ago,” Saenz said in Sept. 2017. “Labeling Latino immigrants as ‘gang members’ is a despicable means of misdirecting public discourse on immigration policy away from where it should be – a reasoned discussion about reform….”

And you thought steroidal athletes punching their girlfriends in the face was bad enough. Felons voting in Florida, no more bail, protecting MS-13 and calling for the complete abolition of any and all attempts to deport illegal aliens. This is the “criminal social justice reform” agenda being bankrolled by the multi-billion-dollar annual revenue-producing financial monster that is the NFL. Something to consider as you make your plans for Super Bowl Sunday.