Maryland, unlike Florida, directs teachers to keep parents in the dark

Earlier this month, Florida Gov. Ron DeSantis signed a bill passed by the Republican-led legislature which prohibits classroom instruction on “sexual orientation” and “gender identity” to children in third grade or younger “or in a manner that is not age-appropriate or developmentally appropriate for students in accordance with state standards.”

It’s a different story for parents of schoolchildren of all ages in the deep blue state of Maryland, a report noted. 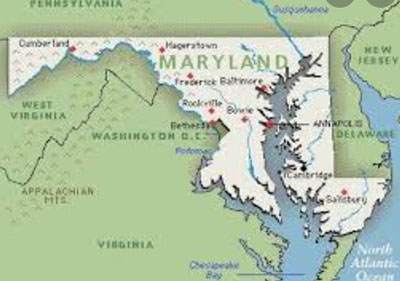 “For years, the state school system has directed teachers not to inform parents about gender-transitioning students,” Sean Salai wrote for The Washington Times on April 28.

The Maryland State Department of Education since 2015 has adhered to guidelines which say that public schools have no legal obligation to disclose a transgender or gender nonconforming student’s sexuality to parents. Students have the right “to decide when, with whom, and how much private information” to share about changes in their gender identities, the department contends.

Salai’s report noted that, in Montgomery County, “parents are awaiting a federal ruling on their 2020 lawsuit to overturn a school district policy that requires teachers to hide how gender-transitioning students identify at school by reverting to ‘birth’ names and pronouns with ‘unsupportive’ caregivers.

Lawyer Rick Claybrook, who is representing the parents, said: “Based on remarkably little information, the schools are willing to hide from parents that their children are making life-altering decisions, cutting those children off from the care and counsel of those who know them best. This violates not just common sense, but the federal and state constitutions, federal and state laws and regulations, and medical standards of care for transgender minors.”

Maryland officials in June updated the Comprehensive Health Education framework, which prescribes responses for an escalating series of gender identity questions from preschool through high school.

Using a Maryland Public Information Act request, Fox 45 News in Baltimore first reported this month that an LGBTQ presentation advises Harford County teachers how to respond when students say “they are currently transitioning” and their parents do not know.

“You may be unsure if [the parents] are supportive of this transition or not,” one of the presenters says. “What you could say is, ‘Thank you for letting me know. Is there anything that I can do to support you?’ ”

The presenter adds: “And just like the question regarding the roster, or the ‘what would you do scenario’ — same exact question — you can say back, ‘When I communicate with your parent or guardian, what name and pronouns would you like me to use?’”

In a subsection on “gender identity and expression,” Standard 1c of the health framework says preschoolers need to learn only to “recognize and respect that people express themselves in many different ways.”

At the kindergarten level, the standard says students must “recognize a range of ways people identify and express their gender.” By the time children reach grade seven, the standard tells teachers to have them “compare sex assigned at birth and gender identity and explain how they may or may not differ.”

The high school standard instructs health teachers: “Examine the impact of gender expression and gender identity on members of marginalized communities and analyze the intersectionality of race, culture, and gender for members of those communities.”

“When you’re telling teachers they don’t have to keep parents in the loop, it very much goes against educational transparency,” said Giordano, who is running as a Republican for Wicomico County executive.

Maryland, unlike Florida, directs teachers to keep parents in the dark added by Editor Two on April 29, 2022
View all posts by Editor Two →