Since some retailers decided to allow customers to use the restrooms and changing rooms of their gender identity, several incidents of men “peeping” into and taking photos of women using the facilities have been reported.

Most recently, Dallas police said they were looking for a man who used his cellphone this week to take pictures of a woman trying on clothes in a Target changing room. 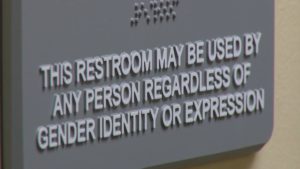 The police said they are working with Target in hopes of obtaining surveillance images of the suspect.

In July, a 22-year-old New Hampshire man was arrested and charged with violation of privacy after he allegedly recorded underage girls in a Target changing room, according to LifeSiteNews.

In June, police in Revere, Massachusetts said they were searching for a man they say was caught at Target peeping inside a unisex changing room. The man was apparently in one of the stalls and peered into the next stall where a young female was changing.

In May, police said a “peeping tom” used his cell phone to record video of an underage girl inside a Target dressing room in Frisco, Texas.

In February, a Seattle man entered a swimming pool changing room and undressed in front of a young girls’ swim team, claiming he had the right to do so under transgender policies.

Meanwhile, a Forney, Texas woman says a Ross department store in Mesquite let a man into the women’s dressing room and all but ignored her when she complained.

“I was in the dressing room, when we heard a man’s voice,” said Lisa Stickles, who says she quickly told a manager.

The manager “went inside the dressing room, came right back out and called me to the side and told me… he was representing himself as a woman today,” Stickles said.

A customer service representative with Ross said customers may use changing rooms that apply to their gender identity.

“What about me? Or my feelings?” said Sickles. “(The manager) told me that if I felt uncomfortable in the dressing room with him there… I’d have to wait until he’s finished.”

Sickles said she waited, and was shocked when she watched the man walk out.