Left was all a-twitter over anti-Trump Super Bowl commercial

While Tom Brady was engineering one of the great comebacks in Super Bowl history, the Twitterverse lit up over a commercial by Airbnb that many saw as a shot at President Donald Trump.

The ad by Airbnb, an online network and app that helps people list and rent lodging, showed close-ups of people of all ages, races, and genders with a message of togetherness. “We believe no matter who you are, where you’re from, who you love, or who you worship, we all belong.” 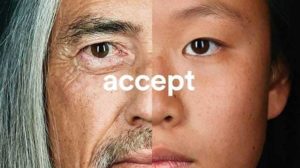 “The world is more beautiful the more you accept.” The hashtag #weaccept began trending worldwide on Twitter shortly after the ad ran.

“Thank you @Airbnb for leading out front! Love and appreciate you for this strong stance you’ve taken!” one Twitter user posted.

On the other side, critics of the ad said the left just can’t seem to get over the fact that Trump is in the White House. “I just threw up in my mouth when I saw the #weaccept commercial. Liberals still can’t take the L from November,” tweeted one user.

LifeZette noted that “on the surface, it’s difficult to argue” with the commercial’s ideals. “A visit to the company website has a lot more to say. There’s a statement supporting The International Rescue Committee, and a commitment to provide short-term housing for 100,000 refugees. These moves by Airbnb were motivated reportedly by President Trump’s recent refugee-related executive order. It’s ultimately an anti-Trump political maneuver, an odd move by a company that is arguably libertarian in handing power to individuals to rent their homes.”

Airbnb, Left was all a-twitter over anti-Trump Super Bowl commercial, Super Bowl LI, Trump won get over it, WorldTribune.com