A North Carolina resident’s bid to prevent the destruction this week (Nov. 8) of state records from the 2016 election culminated on Nov. 7 with his complaint being dismissed by the General Court of Justice, Superior Court Division.

Presiding Judge Vince Rozier granted a motion to dismiss David W. Goetze’s petition against Gov. Roy Cooper for a temporary injunction to prevent “the destruction of any paper and digital records produced by the State Board of Elections prior to, during and subsequent to the Nov. 8 General Election.” 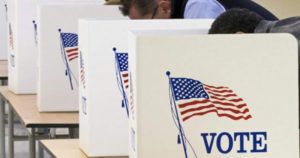 Although Goetze’s complaint was dismissed, his effort was not in vain as the State Board of Elections directed that the records not be destroyed on Nov. 8.

During the hearing and in the “Findings of Facts” section of his ruling, Judge Rozier was supportive of the pro se representation by Goetze, a retired Army major with the Military Police Corps, against objections by James Bernier, Jr., Special Deputy Attorney General who was representing Gov. Cooper.

In addition, Rozier cited a federal statute which provides for records to be preserved by the State Board of Elections for 22 months or until early Sept. 8, 2018.

Goetze noted the he is “now in receipt of a statewide e-mail sent out by the [State Board of Elections] SBoE to each county reminding them of the 22-month federal record retention statute. It will be up to the legislature or other investigative body to seek their preservation beyond next September when that statutory limit expires.”

Following the Nov. 7 verdict, Goetze said on his Facebook page that: “As disheartening as it is on its face, he (Judge Rozier) went far further in his findings than he might have, and it gives us every defect to address when pursuing future actions of this nature. Even though we never got around to arguing the merits of the case, he did take the time to mention several key anomalies in the election data I cited which now makes them a part of the official records of our state.”

Related: NC Board of Elections data reveals changes in files from late November to Feb. 13, June 16, 2017

Going forward, Goetze said there is “little left for me or any of us to do but take it to Raleigh and the legislature demanding corrective action.”

Separately, Goetze said his efforts to call attention to voting irregularities in North Carolina had been hampered by the lack of an “investigative function” in the North Carolina legislature and by the absence of scrutiny by major news media organizations.