NC Board of Elections data reveals changes in files from late November to Feb. 13

“Systematic weaknesses” that could “be exploited” to the benefit of one candidate over another made North Carolina vulnerable to voter fraud during the 2016 election, a resident of the state said.

David W. Goetze is asking for an investigation into possible widespread voter fraud in the state. 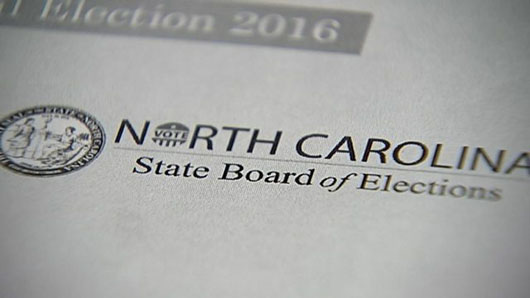 The retired U.S. Army Military Police Corps Major said that “during the last week of November and the first week of December, 19 counties who had previously declared their results to be ‘Official’ reverted their status to ‘Unofficial’, amended their numbers, and returned to “Official” status once again.”

Goetze said that “hopefully any minutes of meetings by those County Boards can shed light on why this was necessary at such a late date and what effect it had on the final outcome.”

Data from the North Carolina Board of Elections also show that, between Nov. 15 and Dec. 13, more than 50,000 votes “were collectively added into the governor’s race,” Goetze noted. “Yet the reports indicate that only 26,889 Provisional Ballots were accepted during the canvass and only 9,970 Absentee by Mail ballots were accepted following Election Day.

“This total of 36,859 ballots falls 13,987 votes short of accounting for those additions, assuming every voter voted in every race on the ballot. These numbers are what increased the margin of victory in the gubernatorial race beyond the 10,000 vote threshold to avoid a recount.”

Goetze added that “this shift clearly favored the Democrat candidates across the board in the Council of State races whether they were then in the lead or not, with the two exceptions of Lt. Governor and State Treasurer whose margins of victory were beyond reversal by any means. The lone GOP exception to vote loss was Steve Troxler in the Commissioner of Agriculture race who actually gained 800 votes.”

Reports published by state Board of Elections on Nov. 6 and Nov. 28 show the number of North Carolinians who “voted at One-Stop during Early Voting indicate that in the interim, 7,696 more people had somehow voted at One-Stop than was reported at the close of the Early Voting Period,” Goetze noted.

Data products downloaded from the state Board of Elections website “have apparently been altered since the election,” Goetze said. “All files for this and previous elections now reflect a ‘Date Modified’ of Feb. 13, 2017. Additionally, many of the files have even been renamed (e.g. Originally “Absentee_11xx08xx2016” is now “Absentee_20161108”), suggesting not only a modification but perhaps a substitution of files as well.”

“There is ample, clear and convincing evidence of post-election manipulation of, and inconsistencies in, reported results data sufficient to discredit the body of reporting as a whole,” Goetze said, adding that his analysis “focused not on the ‘who’ that may have been committing acts of voter fraud, but rather whether there are systemic weaknesses in the manual and automated processes used in voting that create opportunities for mischief that could be exploited to the prejudice of any one candidate over another.”

A video of Goetze’s analysis can be seen here.