A North Carolina resident has filed a lawsuit seeking to prevent the destruction of voting records from the 2016 election.

David W. Goetze, a retired Army major with the Military Police Corps, filed the suit against Gov. Roy Cooper in the General Court of Justice, Superior Court Division, asking the court to intervene to prevent “the destruction of any paper and digital records produced by the State Board of Elections prior to, during and subsequent to the Nov. 8 General Election.” 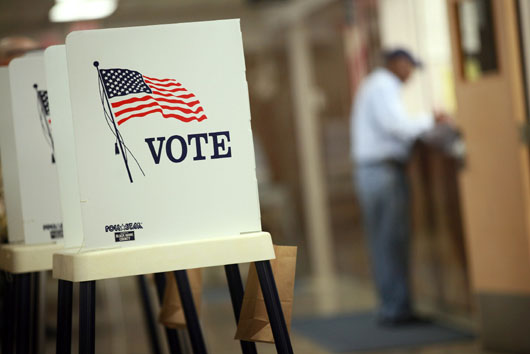 Goetze alleges there was widespread voter fraud in the state during the 2016 election and is asking for a temporary injunction “to prevent the destruction of election records I anticipate to take place this November based on a one-year record retention policy I have been told by local Board officials that the State Board has in place.”

In his lawsuit, Goetze alleges that “all automated archive files for elections dating back to 2004 which are maintained for public review on the Internet have all been not only renamed but altered as well in some cases after the close of any data operations.”

Goetze claims his analysis of voting records showed hundreds of instances of candidates not getting credit for votes cast in their favor.

The “missing” votes “were found in contests from U.S. President down to County Soil & Water Conservation Supervisor in data from 38 of the 100 counties in North Carolina,” Goetze said.

The lawsuit notes that the State Board of Elections on May 4 said post-election audits of Provisional Ballots found no irregularities, but data reports show otherwise.

“While 99 counties each approved less than 900 Provisional Ballots during the canvass, Wake County approved over 3,000 during that same period, a variance of more than 300 percent,” the lawsuit noted.

The lawsuit also notes that, between Nov. 15 and Dec. 13, “a total of 50,846 more votes were collectively credited to the three candidates in the Governor’s race, and a slightly lesser number in other Council of State races, yet their data reports only account for 36,859 additional ballots being accepted during the canvass period from a combination of Provisional Ballots and late-arriving mail ballots from overseas/military voters. That is a shortfall of 13,987 ballots needed to account for all of those votes and is sufficient in number to place the outcome of that and other races in question.”

Goetze said he has “made contact with the local branch office of the FBI to begin transmitting my findings to them that I believe fully meet the burden of probable cause that criminal activity did take place in the alteration of the election results to the prejudice of one candidate over another in numerous instances up and down the ballot, and that data manipulation has been done to help cover up that activity.”

Goetze said he has “mailed the case” to Gov. Cooper “since I have to serve him with the papers or pay the Sheriff to do it.”

To get a hearing date in the case, Goetze said he first must wait until he gets confirmation that the papers have been served on the governor.

“Then once I get a date, I have to go back to the courthouse and get a Notice of Hearing/Civil Summons to demand his appearance and serve that on him too,” Goetze said.

“It’s no wonder the average person keeps their distance from this system unless they can afford an attorney. I’m doing this all on my own dime.”