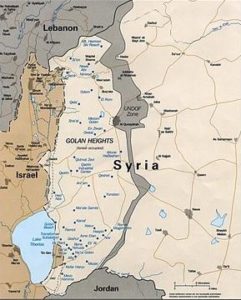 The terror group, which calls itself the Khalid Ibn Al Walid Army, captured the towns of Tseel, Sahem al Golan, Adwan and Ten Jamoua that were held by moderate rebels, according to witnesses who spoke to Reuters on Feb. 21.

“In a surprise attack Islamic State made an attack on positions held by the Free Syrian Army (FSA) groups which no one expected to happen so fast,” said Col. Ismail Ayoub, a Syrian opposition army defector.

Rebels said the ISIS affiliates were able to extend their area of control in territory that forms a natural barrier between Syria and Israel where the Yarmouk River flows.

The FSA and its allies reported that they regained control of two towns – Jileen and Heet – after a group called the Southern Front, which answers to a central command based in Jordan, launched a counteroffensive against the invading jihadists.

Jordanian security forces in the area have been put on high alert.