Some labs in Florida were reporting only positive coronavirus test results to state health authorities, wildly skewing the state’s numbers, according to a FOX 35 investigation released on Monday. 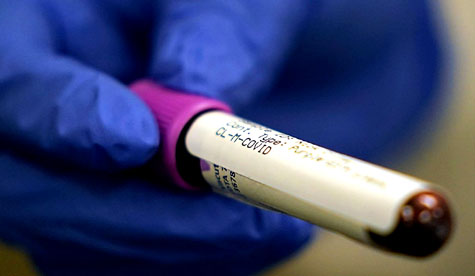 FOX 35 anchor Charles Billi noted the investigation found “numerous labs that are only reporting positive test results, so they show a 100-percent positivity rate. That got our attention.”

The news has been widely ignored by the major corporate media in Florida and nationwide.  Gov. Ron DeSantis’ handling of the outbreak have been under attack from the outset while New York Gov. Andrew Cuomo has largely avoided negative press despite devastating outcome following his nursing home order led to thousands of deaths.

“The report also showed that the Orlando Veteran’s Medical Center had a positivity rate of 76 percent,” added FOX 35. “A spokesperson for the VA told FOX 35 News on Tuesday that this does not reflect their numbers and that the positivity rate for the center is actually 6 percent.”

FOX 35 noted that it spoke with the Florida Department of Health on Tuesday and “they confirmed that although private and public laboratories are required to report positive and negative results to the state immediately, some have not. Specifically, they said that some smaller, private labs were not reporting negative test result data to the state.”

“…So if you have some of these labs not reporting the negatives, only reporting the positives, skewing these numbers…they’re messing with the truth,” Mast said. “They’re not allowing information that allows Americans to manage their own risk, manage their own health and make the decisions that they need to make…”