Team Biden significantly decreased the rate at which illegal immigrants are removed from the country while ordering Immigration and Customs Enforcement (ICE) to release a massive number of previously detained illegals into the U.S. interior, including thousands of criminals, according to the Fiscal Year 2021 ICE report. 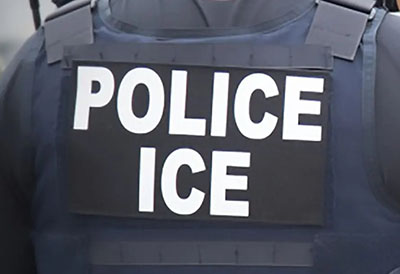 The Federation for American Immigration Reform (FAIR) said that it had uncovered the report, which was secretly released by ICE, showing that 45,680 “initial book-ins” (arrests), were made in FY2021. More than half of those occurred during the period when President Donald Trump was in office.

Data in the report for FY2021 included:

• 55,590: Total deportations (70 percent decrease from previous year).
• 28,000: Approximate deportations occurring in the four months of FY2021 when Trump was president.
• 143,355: Total number of immigration violators released into the interior of the country.
• 16,102: Illegal aliens released who have convictions or charges for non-immigration related crimes.

“This means the agency (ICE) released nearly three times more immigration violators into the country than they removed,” FAIR noted.

The ICE statistics exclude immigration violators who were released into the country by U.S. Customs and Border Protection (CBP) during FY2021. FAIR recently released a report estimating that more than 685,000 illegals were either released by CBP or successfully evaded apprehension.

The FY2021 data was compiled prior Department of Homeland Security Secretary Alejandro Mayorkas announcing new measures “that prohibit ICE agents from arresting and deporting essentially all immigration violators. Because of this, Americans can expect even fewer ICE apprehensions and deportations in FY2022,” FAIR said.