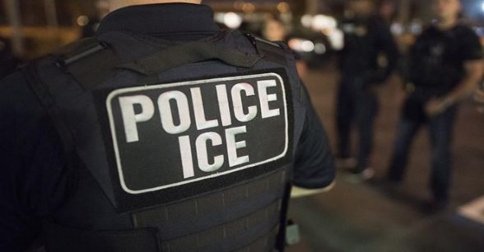 The unidentified suspect was arrested by ICE agents on steps of  the San Francisco courthouse on Feb. 3, according to KTVU-TV. The suspect was on his way to criminal court for a hearing.

“Our officers will not have their hands tied by sanctuary rules when enforcing immigration laws to remove criminal aliens from our communities,” ICE San Francisco Field Office Director David Jennings said.

ICE said the man they arrested on the courthouse steps is a Mexican national with multiple felony convictions from 2016, 2017, and 2019 and that he “has been arrested by local law enforcement at least seven times” over the past five years. The agency claimed that it lodged a detainer on the individual in 2018, but that it was subsequently ignored as local law enforcement released him back into the community.

“For many years, the city and county of San Francisco has refused to cooperate with ICE — much to their own detriment,” Jennings said. “Criminals like this individual are released to re-offend again and again.”

“ICE actions in or near our courthouses deters people from accessing our justice system, making us all less safe,” Boudin said.

Raju said in a news release: “California law explicitly forbids a civil enforcement agency, including ICE, from making a civil arrest without a warrant outside a courthouse. ICE’s illegal conduct undermines community trust and public safety. San Francisco will not allow such egregious abuse of power to go unchecked; we will provide immediate and zealous representation to anyone subject to such illegal activity.”

California enacted a law last year which prohibits authorities from making arrests at courthouses without a judicial warrant. ICE makes immigration arrests based on administrative or civil warrants.

Jennings said that the statue in question “cannot and will not govern the conduct of federal officers acting pursuant to duly-enacted laws passed by Congress that provide the authority to make administrative arrests of removable aliens inside the United States.”

ICE said in a statement last year that “Section 287 of the Immigration and Nationality Act provides ICE officers the authority to arrest aliens without a judicial warrant,” and “no judge in this country has the authority to issue a warrant for a civil immigration violation.”