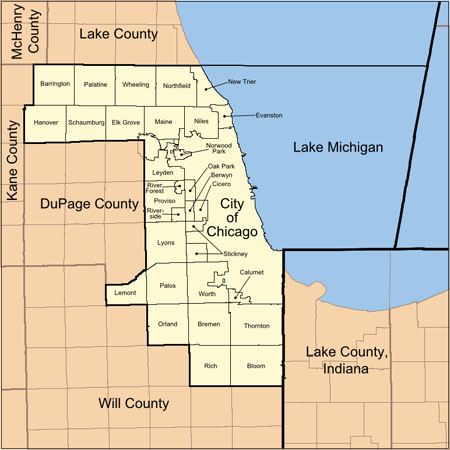 Cook County, which includes the City of Chicago, has been a so-called “sanctuary” county since September 2011.

“The most concerning issue about working in an area that refuses to cooperate with ICE is not only that we do not know which criminal aliens are being released from custody, but the public doesn’t know either,” ICE official Henry Lucero said in a statement.

ICE officials specifically cited the cases of illegals Rasheed Abass, a 50-year-old from South Africa, and Kennete Acevedo Ortiz, a 28-year-old from Nicaragua, who were released from Cook County custody despite ICE agents requesting they be turned over to them for arrest and deportation.

Abass was arrested in June 2019 and charged with indecent exposure. A month later, Abass was arrested for assault. After each arrest, ICE requested that Abass be turned over to them, but the requests were ignored and he was freed back into the community. His current location is unknown, ICE said.

Ortiz was arrested in December 2018 for drunk driving, in February 2019 for domestic violence, and March 2019 for failure to appear in court. After each arrest, ICE requested the illegal alien be turned over to them. Ortiz remains in Illinois state custody but will likely not be turned over to ICE.

On Dec. 3, 2018, ICE lodged a detainer with the Cook County Jail on Rokas Ablacinskas, a 22-year-old citizen of Lithuania, following his arrest for attempted murder, aggravated battery of a victim over the age of 60 and aggravated battery in a public place. Without notifying ICE, the Cook County Jail released Ablacinskas Sept. 17, 2019, and he remains at large in the community.

On Aug. 10, 2019, ICE lodged a detainer with the Cook County Jail on Mahmoud Abu Maghli, a 27-year-old citizen of Jordan, following his arrest by the Burbank (Illinois) Police Department for recklessly discharging a firearm. He remains in the Cook County Jail where, under existing sanctuary laws, he will be released into the community.

Breitbart reporter John Binder noted that “Every year, sanctuary counties released tens of thousands of illegal aliens back into American communities rather than turning them over to ICE agents. In Los Angeles County, California, about 100 criminal illegal aliens are released every day back into the general public. Federal officials have said about 80 percent of these released illegal aliens are likely to commit more crimes.”

Legislation filed in the Senate, supported by Angel Families, would allow Americans and legal immigrants to sue sanctuary jurisdictions when they or their loved ones are victimized by illegal immigrants who have been shielded from deportation.