ICE arrested more than 6,500 illegals with homicide/sex offenses in fiscal 2018

It has not been an easy year for officers working for Immigration and Customs Enforcement (ICE).

Many Democrat politicians, entertainers and media celebrities have called for ICE to be abolished and likened it to racist and fascist organizations.

However, from September 2017 to October 2018, this federal law enforcement agency tasked to enforce U.S. immigration laws and to investigate criminal and terrorist activity of foreign nationals residing in the United States reported it had arrested 4,975 illegal immigrants who had sex crimes convictions and 387 who had pending murder charges against them. 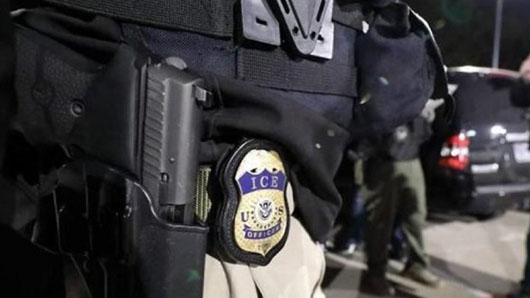 In total, just over 6,600 illegals were arrested in that time period who had either been convicted of sex crimes or murder, or had pending charges against them, according to the Fiscal Year 2018 ICE Enforcement and Removal Operations Report.

The report was released amid a call from many Democrats to abolish ICE. Rep.-elect Alexandria Ocasio-Cortez previously accused ICE agents of “violently” committing “human rights abuses” against illegals.

Most recently, Democrats seen as contenders for the party’s 2020 presidential nomination, such as Sen. Kamala Harris of California and Rep. Beto O’Rourke of Texas, have slammed the Department of Homeland Security (DHS) after a young migrant child died in U.S. custody of a fever, dehydration, exhaustion, and shock. The child’s father said Border Patrol agents did everything they could to help and save his daughter.

Breitbart News previously reported that ICE agents arrested 158,581 illegals in Fiscal Year 2018, surpassing the more than 140,000 such arrests made last year and the 110,100 illegal alien arrests in the last year of President Barack Obama’s tenure.

Of the almost 160,000 illegals arrested, 66 percent were convicted criminals or those with pending criminal charges.

The more than 105,000 criminal illegals arrested by ICE this year had convictions for such crimes as sexual assault, robbery and assault. More than 50,000 had drunk driving convictions.