How low can Joe go? Hispanics’ approval of Biden lower than whites 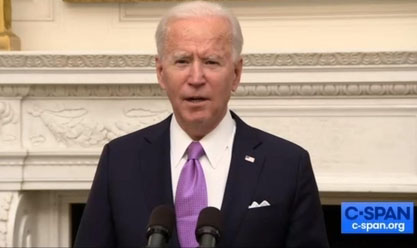 In a survey conducted by the Marist Poll sponsored in partnership with NPR and PBS NewsHour, only 33 percent of Latinos approved of Biden while 65 percent disapproved, and 2 percent were unsure.

The survey found that only 11 percent of Latinos “strongly approve” of Biden’s performance. Another 22 percent merely “approve.” Thirteen percent “disapprove,” while 52 percent “strongly disapprove” of the job that Biden and his handlers are doing.

The survey found that 40 percent of white voters approve of Biden and 56 percent disapprove.

“The Democratic Party’s cratering support with Hispanics is now unambiguous — poll after poll shows a rapid rightward swing in the demographic, and Glenn Youngkin’s outright victory with Hispanics in the Virginia gubernatorial election demonstrated that this is no longer an abstract discussion,” wrote commentator Nate Hochman at National Review.

“As the Democrats continue to move leftward on culture, Hispanics — a heavily Christian, family-oriented demographic — will increasingly make sense as a Republican constituency,” Hochman added. 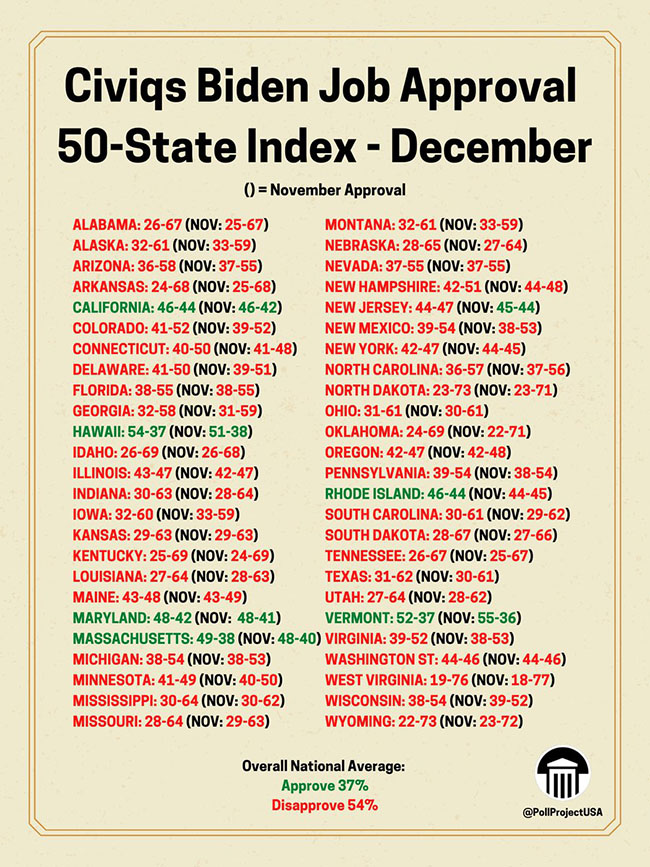 How low can Joe go? Hispanics’ approval of Biden lower than whites added by Editor Two on December 23, 2021
View all posts by Editor Two →