How Google fills in the blanks for billions of searches

Google has long contended that its search algorithms are objective and free from human biases.

“We do not use human curation to collect or arrange the results on a page,” the Internet giant says. 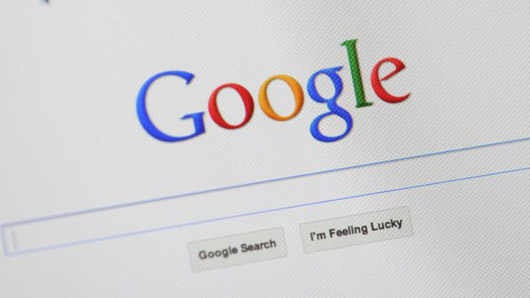 Google “uses blacklists, algorithm tweaks and an army of contractors to shape what you see,” the Journal reported on Nov. 15.

Google’s insistence that its search engine is objective “often clashes with what happens behind the scenes,” according to the investigative report by Kirsten Grind, Sam Schechner, Robert McMillan and John West.

“Over time, Google has increasingly re-engineered and interfered with search results to a far greater degree than the company and its executives have acknowledged.”

The Journal’s investigation found that “Far from being autonomous computer programs oblivious to outside pressure, Google’s algorithms are subject to regular tinkering from executives and engineers who are trying to deliver relevant search results, while also pleasing a wide variety of powerful interests and driving its parent company’s more than $30 billion in annual profit.”

A Google spokeswoman disputed the Journal’s conclusions, saying, “We do today what we have done all along, provide relevant results from the most reliable sources available.”

The U.S. Justice Department earlier this year opened an antitrust probe, in which Google’s search policies and practices are expected to be areas of focus. Google executives have twice been called to testify before Congress in the past year over concerns about political bias.

In the European Union, Google has been fined more than $9 billion in the past three years for anticompetitive practices, including allegedly using its search engine to favor its own products.

“In response, Google has said it faces tough competition in a dynamic tech sector, and that its behavior is aimed at helping create choice for consumers, not hurting rivals,” the Journal report said. “The company is currently appealing the decisions against it in the EU, and it has denied claims of political bias.”

Over several weeks this summer, the Journal reporters tested Google’s search results and compared them with results from two competing search engines, Microsoft Corp. ’s Bing and DuckDuckGo, a privacy-focused company that builds its results from syndicated feeds from other companies, including Verizon Communications Inc. ’s Yahoo search engine.

“The testing showed wide discrepancies in how Google handled auto-complete queries and some of what Google calls organic search results — the list of websites that Google says are algorithmically sorted by relevance in response to a user’s query,” the report said.

The investigation found that typing “Joe Biden is” in Google’s auto-complete resulted in “predicted language that was more innocuous than the other search engines. Similar differences were shown for other presidential candidates tested by the Journal,” the report said.

The following percentages indicate how many times each suggestion appeared during the Journal’s testing when typing in “Joe Biden is” in Google and DuckDuckGo.

• Google made algorithmic changes to its search results that favor big businesses over smaller ones, and in at least one case made changes on behalf of a major advertiser, eBay Inc., contrary to its public position that it never takes that type of action. The company also boosts some major websites, such as Amazon.com Inc. and Facebook Inc., according to people familiar with the matter.

• Google engineers regularly make behind-the-scenes adjustments to other information the company is increasingly layering on top of its basic search results. These features include auto-complete suggestions, boxes called “knowledge panels” and “featured snippets,” and news results, which aren’t subject to the same company policies limiting what engineers can remove or change.

• Despite publicly denying doing so, Google keeps blacklists to remove certain sites or prevent others from surfacing in certain types of results. These moves are separate from those that block sites as required by U.S. or foreign law, such as those featuring child abuse or with copyright infringement, and from changes designed to demote spam sites, which attempt to game the system to appear higher in results.

• In auto-complete, the feature that predicts search terms as the user types a query, Google’s engineers have created algorithms and blacklists to weed out more-incendiary suggestions for controversial subjects, such as abortion or immigration, in effect filtering out inflammatory results on high-profile topics.

• Google employees and executives, including co-founders Larry Page and Sergey Brin, have disagreed on how much to intervene on search results and to what extent. Employees can push for revisions in specific search results, including on topics such as vaccinations and autism.

• To evaluate its search results, Google employs thousands of low-paid contractors whose purpose the company says is to assess the quality of the algorithms’ rankings. Even so, contractors said Google gave feedback to these workers to convey what it considered to be the correct ranking of results, and they revised their assessments accordingly, according to contractors interviewed by the Journal. The contractors’ collective evaluations are then used to adjust algorithms.

algorithms, Bing, DuckDuckGo, How Google fills in the blanks for billions of searches, objective, WorldTribune.com

Lin Wood: People will be 'going to prison' in Georgia; 'every lie will be revealed'
Read more

Mark Levin: ‘100s and 100s’ of affidavits, ‘more than they ever had in the Russian collusion hoax'
Read more