Big government. High taxes. Sanctuary for illegals. Prisoner in your own home lockdowns.

That’s progressive California in the year 2021, and that is the vision Americans voted for on Nov. 3, according to the narrative brutally enforced by Democrats and the Media-Corporation Complex. 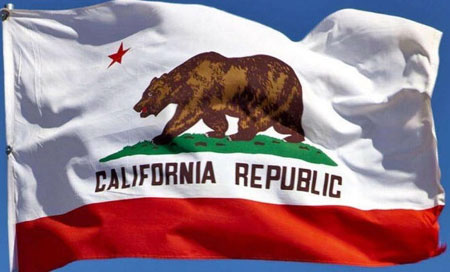 As the Los Angeles Times put it prior to Jan. 20: “There is no place the incoming administration is leaning on more heavily for inspiration in setting a progressive policy agenda.”

“There is no better example for how out-of-touch the liberal elites are from everyday Americans than in California,” Gingrich noted in a Feb. 12 op-ed for The Washington Times. “The Biden administration is positioning to Make America California Again.”

But how could what is not working in California even be looked at as a model for the entire United States?

“The influence that California has on the elite left in Washington is profound,” Gingrich noted.

While the elite Los Angeles Times celebrates that the Biden regime “is embracing some of California’s most pioneering initiatives,” the effort to recall Gov. Gavin Newsom has gained more than 1.5 million signatures — the number needed to trigger a recall election.

Despite the momentum to remove Newsom, White House press secretary Jen Psaki tweeted that Biden “clearly opposes any effort to recall” the governor.

“But Californians are taking issue with more than the governor,” Gingrich noted. “The Left’s radical policies are being increasingly rejected by Californians.”

Following the November election, Politico reported that “[i]t was the best year for Republicans in California in more than a decade.” Republicans took back four congressional seats from Democrats. Also, out of 11 ballot propositions that the California GOP endorsed, Republicans won seven, while Democrats won four.

John Cox correctly described the situation in California saying, “It’s in dysfunction, almost every aspect of life.” He noted that the quality of life is low in California because of the “cost of living, high poverty rate, high taxes, and high housing costs.”

Gingrich added: “As House Speaker Nancy Pelosi eats ice cream that is $12 per pint in front of her two Wolf Sub-zero refrigerator-freezers (that range in cost to up to more than $20,000-plus), there is a map that shows all of the reports of human waste on the streets in San Francisco.

“As businesses suffer across the state from strict government shutdown orders — and the California Department of Public health issued absurd holiday gathering mandates — Newsom lavishly dined with lobbyists and friends at the French Laundry restaurant, and Speaker Pelosi got her hair done in a San Francisco salon.