Here is who got cash from the Gates Foundation last month

Because there are still some people out there who would have you think Bill and Melinda Gates are true philanthropists of the purest intent, we thought we’d take a look at one month of grant disbursal at the foundation that bears their names.

This compilation comes entirely from May 2021 only. We’re leaving out the obvious grantees the Bill & Melinda Gates Foundation is known to heavily fund: the World Health Organization, the United Nations and UNICEF, goliath NGOs such as CARE and PATH, etc. All of these organizations were duly lavished with cash in May. 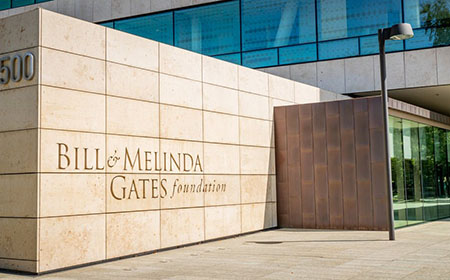 As were the following outfits, listed in no particular order:

Clinton Health Access Initiative — No need to say any more.

China CDC — China’s version of the U.S. Centers for Disease Control and Prevention.

Here is a sample of Race Forward “educational tools” found on its website:

What Is Systemic Racism? video series

“What Is Systemic Racism?” is an 8-part video series that shows how racism shows up in our lives across institutions and society: Wealth Gap, Employment, Housing Discrimination, Government Surveillance, Incarceration, Drug Arrests, Immigration Arrests, Infant Mortality… yes, systemic racism is really a thing.

Richard Kim, executive editor of The Nation, a radical progressive publication, is on the Race Forward Board of Directors.

From the group’s “About” page:

From time to time, Race Forward spearheads and engages in action-oriented campaigns. A key example is our Drop the I-Word Campaign, which seeks to eliminate the widespread usage of the inhumane and derogatory word “illegal” in reference to immigrants, demonstrating the links between racially charged language and racially unjust policies.

to strengthen women and girls as gender equality champions; to build community among them and learn from their collective efforts, and to leverage online platforms to amplify and scale their efforts for lasting change

Change.org Foundation appears to provide training and technical support to a number of locally grown for left-progressive-aligned social change campaigns, many of them in India, central and South America, and developing parts of Africa, especially campaigns relating to environmentalism and the status of women and girls.

to provide for general operation support

Dan Porterfield, President and CEO of the globalist Aspen Institute, is on its Board of Directors.

A June 1 article posted on The Education Trust website is headlined, “The Bans on Critical Race Theory Are the Latest Attempt to Legislate Ignorance.” Guess who’s the bad guy in this narrative?

America’s story is rich and complex — exemplifying strength, creativity, courage, progress and possibility. It is also a story of unspeakable brutality and cruelty, hatred, forced enslavement, displacement, and designed economic disparity. Attempts to disentangle who we are as a country from the racism present from our very beginning just to ensure students hold fast to an incomplete narrative about America render students ignorant of important truths and less able to shape the path forward toward a more just future.

The article goes on to slur white children who happen to find themselves in a classroom:

As lawmakers move to assuage the discomfort of White students, their actions limit educators’ ability to teach even the history standards in their own states.

Again, this is only one month of funding activity by Bill and Melinda Gates. The next time someone knocks you as a “conspiracy nut” because you believe the Gates’ “philanthropic” pursuits are aimed at a very deliberate and menacing agenda, please refer them to this casual summation.

One month along the Gates Foundation funding trail, WorldTribune.com