A Democrat proposal to use $400 million in taxpayer money to fund a system that tracks who has and has not received vaccinations was supported by 80 House Republicans. 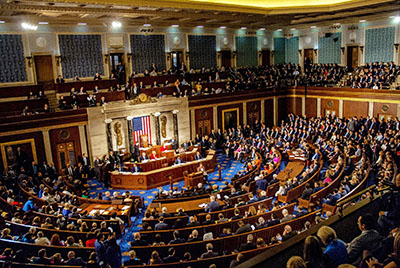 The Immunization Infrastructure Modernization Act was passed by the House on Tuesday. If passed by the Senate and signed into law it would fund a federal vaccination database.

The bill’s main sponsor, New Hampshire Democrat Rep. Ann Kuster, claims the system would be used to “remind patients when they are due for a recommended vaccine” and identify areas with low vaccination rates to “ensure equitable distribution of vaccines.”

Illinois Republican Rep. Mary Miller, one of the 130 Republicans who voted against what critics say is an eerily Orwellian system, told Breitbart News on Wednesday that the legislation would enable the federal government to “track” unvaccinated Americans who “will be targeted and forced to comply with Biden’s crazy ‘global vaccination’ vision.”

The legislation calls for an expansion of the CDC’s capabilities and the ability for state and local health departments, as well as public and private health care providers, to share health data with the federal government.