From trust to disgust in the American press

The distrust of the media becomes total. That’s hardly news to anyone, except to the clueless editors and publishers of the big newspapers and the big mules of the television networks, who see their audiences shrinking and wonder why.

A new survey by Gallup asked Americans how much trust and confidence they have in the mass media – newspapers, television and radio – when it comes to reporting the news fully, accurately and fairly: a great deal, a fair amount, not very much, or none at all. The result shows that “trust” disappeared long ago. Trust becomes disgust. 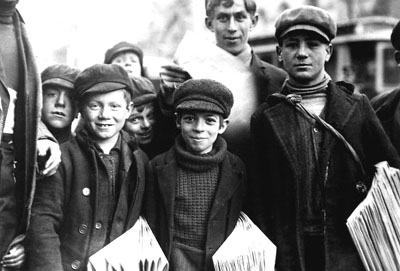 Gallup has been taking this measurement over the past decade or so, and the erosion of trust has been consistent and steady since at least 1998. Twelve years ago, 53 percent of Americans told Gallup that they had “a great deal” or at least “a fair amount” of trust in the media. By this year, only 40 percent of Americans put their trust in newspapers, television and radio to tell them what’s going on in the world. A remarkable 60 percent said they had “not very much” trust or “none at all.”

This should frighten editors and publishers, but it won’t. With few exceptions, they’re locked in to their high-minded prejudices and the noble conceit that the role of the media is not to report the news but to tell readers, viewers and listeners what to think about the news. This trend is vividly illustrated by the coverage of the presidential campaign this year. This latest survey was taken in the second week of September, so it’s hot off the press.

The results work out to a pretty miserable “favorable percentage.” If the media were a baseball team, it would be mired so deep in the cellar that it couldn’t even see next year. When Gallup asked these questions in the l970s, when the Watergate scandal was in full bloom with a new sensation across the front page every morning, the percentage of those who had a great deal of trust in the media was consistently in the high 70’s. Even allowing for the usual partisan divide – Gallup finds that Democrats, enjoying the liberal stroking of their “good” prejudices, alone in their approval of the press – this is a disastrous portent for the future of the mainstream media.

Two examples from the week’s news illustrate how and why. Mitt Romney finally released the awaited dump of information on his tax returns, after Sen. Harry Reid’s fanciful accusation that Mr. Romney did not pay any taxes for six years obsessed the media for weeks. The dump revealed that Mr. Romney had actually paid more than his fair share of taxes and that he gave away nearly 30 percent of his earnings to charity.

This compares to President Obama’s 21 percent for charity — and only 1.5 percent from Joe Biden, the miserly old uncle in the attic. Joe’s talent for squeezing every penny until Abe squeals recalls Bill Clinton’s taking deductions for old underwear he gave to charity. (To be fair, Bubba’s skivvies were little worn, since most of the time they were around his ankles.)

The reporters and pundits who were so obsessed with Mr. Romney’s taxes mostly passed on “analyzing” these facts. But the far more serious sin the media ignored was the debacle in Libya, where Islamic terrorists killed the American ambassador who, despite fervent pleas, had been left stranded in a hostile land without sufficient security.

For days the president, his secretary of state and the ambassador to the United Nations scoffed at the notion that the terrorism was the work of terrorists, and insisted it was spontaneous rioting by devout Muslims angry about a video they had never seen. It couldn’t have been the work of terrorists, because Mr. Obama had gone to Cairo as soon as he was inaugurated to bow to the imams and apologize for America being America. Nobody was any longer mad at us.

The big media had no interest in following the story; the celebrity journalists knew the president and they knew he was a stout fellow. He meant well and deserved a second term. Everybody knew that. When Philippe Reines, who holds Hillary Clinton’s horse at the State Department, was questioned closely about why the administration thought it necessary to tell such whoppers about the death of an ambassador, he blew his stack and resorted to trite schoolyard vulgarity.

The Obama administration finally conceded that it had been trying to sell a lie about what really happened in Libya, exposed by a few brave dissenters to the media consensus. Dissent was the work that all reporters and pundits once did, back in the day when “the press” was trusted to do its job. The fatal slide continues.

From trust to disgust in the American press