America is facing a breakdown in the free press which endangers the nation, say a group of news professionals who are taking action in response.

The crisis came glaringly to the forefront during the 2016 presidential election and coverage of the ensuing Trump administration, according to the Internet site for Free Press Foundation. 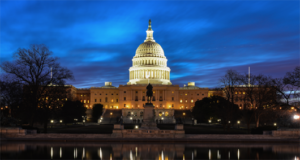 “The proliferation of new media platforms has ushered in the “information age” but has also increased confusion as “spin” and “narratives” overwhelm consumers who are too often not inclined to exercise critical thinking.”

Free Press Foundation was established to “revive, sustain and provide for the education and training of future generations of news reporters, editors, artists, producers and other ‘content providers’ ”.

“For many of us, the free press has been our life but also something none of us takes for granted,” Foundation Advisory Board member Robert Morton said.

“Today, in 2017, that fundamental First Amendment freedom is at risk. The intent is to join forces with all Americans who grasp the importance of restoring a free, independent and competitive press for the sake of Truth and future generations.”

The Foundation’s Advisory Board includes: