Facebook spent a record $3.3 million on lobbying the U.S. government in the first quarter of 2018, a report said. 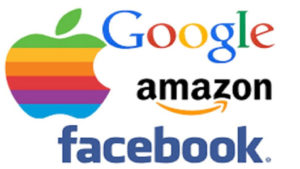 “While that’s a lot for Facebook, it’s not far from what its peers spend,” Recode noted in an April 22 report. “Amazon spent slightly more, $3.38 million, last quarter as it looked for favorable policies on everything from taxes to music licensing to drones.”

Google has spent the most at the swamp’s trough, forking over more than $5 million thus far in 2018 “to influence policies on intellectual property, ‘student digital privacy’ and law enforcement access to data stored abroad,” the report said.

Facebook’s lobbying efforts are likely to increase after the Cambridge Analytica scandal in which an outside firm was able to gain access to data on 87 million users without Facebook’s permission, the report said.

In 2017, Amazon, Apple, Facebook and Google spent a record $50 million on lobbying and they are on track to beat that record this year.

“Of course, spending in the low millions of dollars is not a big deal for tech behemoths,” Recode noted. “Facebook, for example, pulled in about $40 billion in revenue and $16 billion in profit last year. Its $11.5 million lobbying spend in 2017 was barely noticeable for a company of its size.”

Internet companies have yet to reach the lobbying heights of some other industries, like pharmaceuticals, insurance or oil and gas, the report noted.